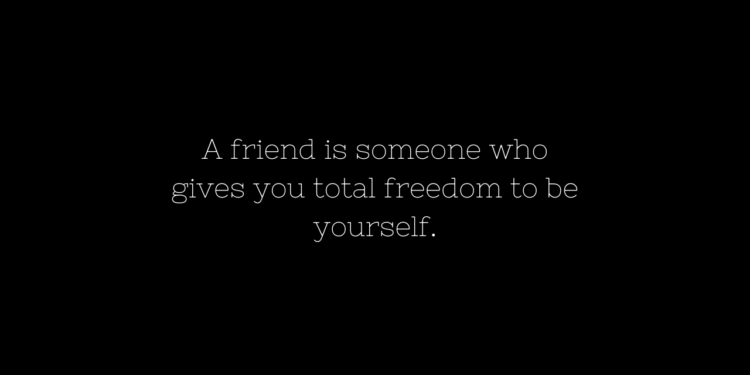 Jim Morrison, who was the lead vocalist of the rock band the Doors, was an American singer, poet, and songwriter. Morrison is recognised as one of the most iconic and influential frontmen in rock history by music critics and fans due to his crazy personality, poetic lyrics, distinctive voice, unpredictable and erratic performances, and the dramatic circumstances surrounding his life and early death. His fame has persisted as one of popular culture’s most rebellious and frequently displayed icons, embodying the generation gap and youth counterculture, since his death. His quotes are quite popular and if you are looking for Jim Morrison quotes then we have a beautiful collection for you.

People are afraid of themselves, of their own reality; their feelings most of all.

People talk about how great love is, but that’s bullshit. Love hurts. Feelings are disturbing.

People are taught that pain is evil and dangerous.

How can they deal with love if they’re afraid to feel? Pain is meant to wake us up.

People try to hide their pain. But they’re wrong. Pain is something to carry, like a radio.

You feel your strength in the experience of pain. It’s all in how you carry it.

That’s what matters. Pain is a feeling. Your feelings are a part of you. Your own reality.

If you feel ashamed of them, and hide them, you’re letting society destroy your reality.

You should stand up for your right to feel your pain. – Jim Morrison quotes

The most important kind of freedom is to be what you really are. You trade in your reality for a role.

You trade in your sense for an act. You give up your ability to feel, and in exchange, put on a mask.

There can’t be any large-scale revolution until there’s a personal revolution, on an individual level. It’s got to happen inside first.

Expose yourself to your deepest fear; after that, fear has no power, and the fear of freedom shrinks and vanishes. You are free.

A friend is someone who gives you total freedom to be yourself-and especially to feel, or not feel. Whatever you happen to be feeling at any moment is fine with them. That’s what real love amounts to – letting a person be what he really is. – Jim Morrison quotes

That’s what real love amounts to – letting a person be what he really is. Most people love you for who you pretend to be.

To keep their love, you keep pretending – performing.

You get to love your pretense. It’s true, we’re locked in an image, an act – and the sad thing is, people get so used to their image, they grow attached to their masks. – Jim Morrison quotes

They love their chains. They forget all about who they really are. And if you try to remind them, they hate you for it, they feel like you’re trying to steal their most precious possession.

Where’s your will to be weird?

The future is uncertain but the end is always near.

It may have been in pieces, but I gave you the best of me.

I think of myself as an intelligent, sensitive human being with the soul of a clown which always forces me to blow it at the most important moments. – Jim Morrison quotes

A friend is someone who gives you total freedom to be yourself.

You feel your strength in the experience of pain.

No one here gets out alive.

The most loving parents and relatives commit murder with smiles on their faces. They force us to destroy the person we really are: a subtle kind of murder. – Jim Morrison quotes

His Sayings and thoughts on People and behavior

Some of the worst mistakes in my life were haircuts.

I like people who shake other people up and make them feel uncomfortable.

I see myself as a huge fiery comet, a shooting star. Everyone stops, points up and gasps “Oh look at that!” Then- whoosh, and I’m gone…and they’ll never see anything like it ever again… and they won’t be able to forget me- ever. – Jim Morrison quotes

I think the highest and lowest points are the important ones. Anything else is just…in between.

Time to live, time to lie, time to laugh, and time to die. Take it easy baby. Take it as it comes.

Listen, real poetry doesn’t say anything; it just ticks off the possibilities. Opens all doors. You can walk through anyone that suits you.

Death makes angels of us all and gives us wings where we had shoulders round as ravens claws.

There are no laws, there are no rules, just grab your friend and love him.

No eternal reward will forgive us now for wasting the dawn.

Drugs are a bet with your mind.

Are you a lucky little lady in the City of Light? Or just another lost angel… City of Night?

Actually I don’t remember being born, it must have happened during one of my black outs.

Caution: These quotes are taken from various online sources.