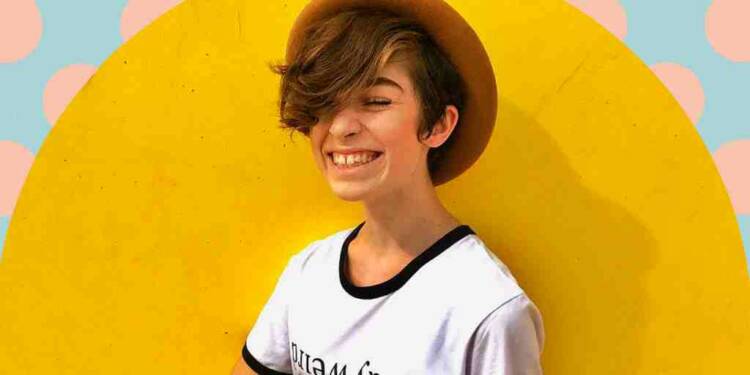 Addison Grace Lillard is a social media influencer and popular Gen Z singer. Her creative vocal and acoustic versions of popular songs, as well as modeling and lifestyle images, have helped her attain tremendous recognition.

She is quite popular on Instagram and has been followed by over 439k people. She shares a lot of pictures and has posted over 200 pictures so far.

How did Addison Grace Lillard come into the limelight?

On paper, Addison Grace appears to be your ordinary 19-year-old, holding a retail job – during a pandemic, no less — and, like many of her Gen-Z friends, trying to figure out what her future holds.

On the internet, @graceful.addison is a singer-songwriter-personality with over 2.6 million followers on TikTok.

Grace’s double life began as a young teen, recording covers in her bedroom and sharing them on YouTube, inspired by DIY performers like Orla Gartland, Tessa Violet, and Cavetown.

Her YouTube following expanded as she shared her covers of the best Beatles songs. Meanwhile, she’s an influencer-meets-Disney-princess on Instagram, known for her expressiveness, which is amplified by e-girl cosmetics and twee aesthetic.

Addison Grace Lillard joined the estimated 60% of American teenagers who have turned the app into a go-to source for breaking news, chart-topping tunes, and viral memes on a whim.

It has quickly become the go-to app for content makers wanting to get on (or become) the next big thing, thanks to its fast format and adjustable hit-producing algorithm.

Addison doesn’t have to choose between her cheerful personality and her passion for music; instead, she may be the sum of her best qualities.

Addison Grace Lillard was approached by music management agency Alternate Side, which helped her launch her first single, “Sugar Rush,” with Cavetown’s Robin Skinner, as her fame soared. Grace’s ukulele-driven love song chronicles her real-life experience as a young bi woman crushing on a friend who hasn’t yet caught on, with over 750,000 Spotify listens to date. (Grace reveals that said friend is still unaware that the song is about her, which she prefers.

“Sugar Rush” felt like the ideal place to start for Grace. It was not just a fresh song she’d composed, one with which she hoped to re-establish herself among her followers, but it also contained a personal and global message.

“It meant so lot to me because, in addition to being about someone I liked, it was also about my battle with internalized homophobia and feeling like I wasn’t allowed to like girls,” she explains.

“Overthink,” her most recent song, is an uplifting, dazzling pop track. Grace’s unwavering drive to convey happiness and perpetuate a gentler, more sympathetic worldview is reflected in the song, which is set to appear in the next Netflix original rom-com.

She claims that “a lot of content nowadays seems to be on the negative side.” “I believe the internet lacks a positive, pleasant side where you may be tender,” says the author.