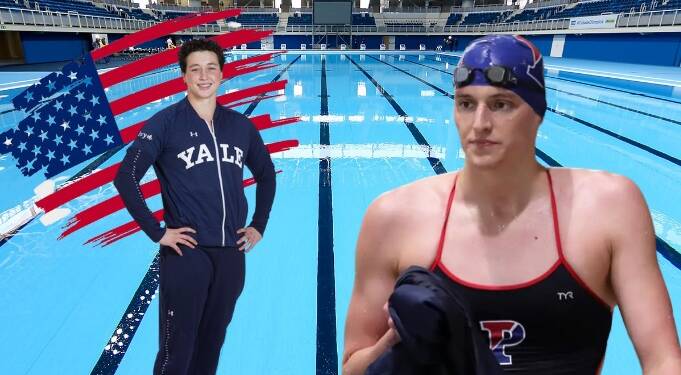 The discussion over whether biological men should be allowed to participate in women’s sports may be the most ridiculous of our time. Fairness is fully skewed to one side, with predictable and preset outcomes. This debate would be kept to its more natural domain: if it weren’t 2022 and Americans weren’t afraid to confront the clear truths in front of them. However, things have taken an entirely different turn, and now women are being made to believe that they are less, by the transgender athletes who have sabotaged women sports.

No one cares for women’s rights in 21st century USA

However, these complaints went unheard and why not? In today’s America, it’s blasphemous to even talk about women rights, where only trans rights prevail even if it is at the cost of women. Now again, Iszac Henig, a Yale transgender swimmer, won the Ivy League Championship in the 50-yard freestyle on Thursday.

Earlier in December, Lia Thomas, when asked about the feeling after breaking the Penn women’s swimming records, Thomas did not mention the women who wound up lagging far behind, only saying, “I’m very proud of my times and my ability to keep swimming and continue competing and they’re suited-up times and I’m happy with them and my coaches are happy with them. That’s what matters to me.”

According to reports, members of the University of Pennsylvania swim team were crying on the Akron pool deck because they realized they had no chance of winning with Thomas competing.

The failure of feminism in empowering women

Iszac Henig, a transgender Yale swimmer, and Lia Thomas, a transgender University of Pennsylvania swimmer competing on the women’s team after formerly swimming on the men’s team, finished off impressive individual efforts at the Ivy League Championships on Saturday as well.

Lia has a biological advantage over her female competitors, as proven by her rankings, which have jumped from #462 as a male to #1 as a female. This was referenced in an anonymous letter allegedly handed to the authorities by other female team members. However, the way in which a skewed understanding and giving in to the virtue-signalling mob has jeopardized women’s rights.

While the woke mob calls itself all for women’s rights and talks about being their ally. However, they have turned a blind eye to the abject take over of women’s sports away from biological females. They have created such a situation, where the records set by these trans athletes is so high that it will end up mocking the competitive spirit of women’s sports.