There is a world war-like situation going on, but the UN is busy defending a disgraced Indian journalist 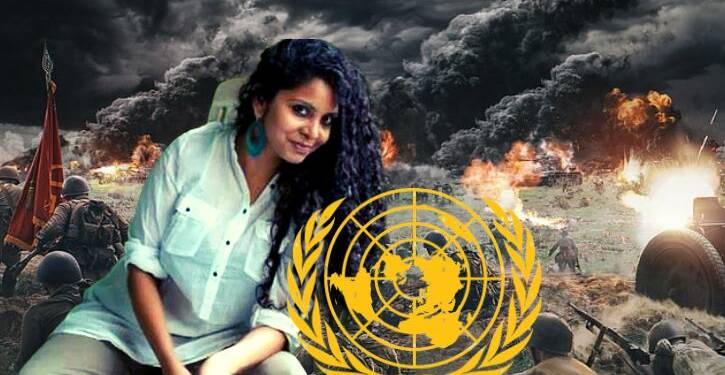 The United Nations is a useless organisation. It is a sham of a multinational forum – and an extremely expensive one at that. The United Nations receives millions of dollars from several member states every year. Yet, the organisation that was founded with the sole intention of preventing future wars in the aftermath of World War II has today been reduced to a toothless entity. Nobody takes the United Nations seriously. Frankly, the UN has become a joke.

What is the biggest crisis staring the world in the face right now? Definitely, it is the situation in Eastern Europe – especially Ukraine. If Vladimir Putin chooses, he could go in all guns blazing and turn Kyiv upside down. The ramifications of the same will be felt all across Europe. Taking advantage of such a volatile situation in Europe, China could make a move for Taiwan. Essentially, a World War III-like situation stares us in the face.

Guess what the United Nations is most concerned about in such times?

A disgraced Indian journalist called Rana Ayyub who has been accused of financial fraud, duping donors and money swindling.

Instead of preventing a massive Eurasian conflict, the United Nations is conveniently attacking the Indian government for pursuing legal action against a criminal who just so happens to be a journalist.

In a tweet, United Nations’ mission in Geneva said, “Relentless misogynistic and sectarian attacks online against journalist Rana Ayyub must be promptly and thoroughly investigated by the Indian authorities and the judicial harassment against her brought to an end at once.”

Relentless misogynistic and sectarian attacks online against journalist @RanaAyyub must be promptly and thoroughly investigated by the #Indian 🇮🇳 authorities and the judicial harassment against her brought to an end at once, stress @UN_SPExperts. https://t.co/scIURjpOdn pic.twitter.com/5jzUWA4V48

Allegations of so-called judicial harassment are baseless & unwarranted. India upholds the rule of law, but is equally clear that no one is above the law.
We expect SRs to be objective & accurately informed. Advancing a misleading narrative only tarnishes @UNGeneva’s reputation https://t.co/3OyHq4HncD

The United Nations, for your information, is supporting an alleged criminal who swindled large amounts of money in the name of charity and used it for personal expenses.

Who is Rana Ayyub and What is She Accused Of?

Rana Ayyub is a columnist for the Washington Post – which is essentially an anti-India publication. Rana reportedly raised crores of rupees under the garb of donations which she used for personal expenses. She received money via the crowdfunding portal ‘Ketto.org’.

Ayyub raised a total of over Rs. 2.6 crore through three fundraising campaigns at different times in 2020 and 2021. A part of the funds was parked in the bank accounts of her father and sister, which was subsequently transferred to her own account.

Therefore, the Enforcement Directorate attached ₹1.77 crores belonging to the journalist for alleged money laundering. She has also been accused of receiving foreign donations without any approval under FCRA (Foreign Contribution Regulation Act).

Rana Ayyub is a disgraced Indian journalist. She is known in India for supporting Islamists and having radical proclivities. It therefore does not come as a surprise that she is a contributor at a publication like The Washington Post, which itself follows a far-left and pro-Islamist agenda.

Read more: League of Nations moment – The United Nations must be disbanded in a post-coronavirus world

What is surprising is the fact that Rana Ayyub is the biggest concern for the United Nations right now. As the world stands at the cusp of conflict, all that the UN can think of is a fictitious story of India victimizing a journalist. The United Nations needs to be disbanded. It has reduced itself into a joke.

Collection of TOP Stay away quotes and Ideas