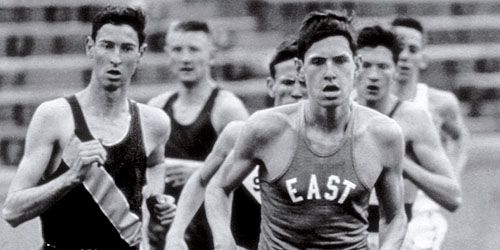 James Ronald Ryun is a former Republican politician and Olympic track and field athlete who was largely regarded as the world’s best middle-distance runner during the height of his career. James Ronald Ryun was the first high school athlete to run a mile in under four minutes and earned a silver medal in the 1500 m at the 1968 Summer Olympics.

He is the last American to hold the mile run world record. From 1996 until 2007, Ryun represented Kansas’s 2nd congressional district in the United States House of Representatives. He was born on April 29, 1947 in Wichita, Kansas, U.S.

His account can be reached at @jimryun on twitter and has been followed by over 11k people.

James Ronald Ryun met his wife, Anne, when he broke the world record for the mile in Berkeley and she requested for his autograph.

They have four children and seven grandkids after marrying in 1969. Heroes Among Us, The Courage to Run, and In Quest of Gold — The Jim Ryun Story are three books he co-authored with his sons, Ned and Drew.

James Ronald Ryun was born in the Kansas city of Wichita. Though he was listed in the House roll as “R-Topeka,” he now lives in Lawrence. In Jefferson County, he also owns a farm.

James Ronald Ryun moved to Eugene, Oregon after graduating from the University of Kansas with a degree in photojournalism in 1970, hoping for a decent training situation to continue his track career. He and his family moved to Santa Barbara, California, six months later, and stayed for nine years. In 1981, he and his family returned to Lawrence.

Ryun and his wife are members of Grace Evangelical Presbyterian Church in Lawrence, where he was raised in the Church of Christ.

James Ronald Ryun became the first high school athlete to run a mile in under 4 minutes in 1964, while a junior at Wichita East High School, when he finished eighth in the 1964 California Relays in 3:59.0, the last under four minutes in a historic mass finish under 4:00. His time of 3:55.3 in the 1965 AAU Championship race, which he won ahead of Olympic gold medallist and former world record holder Peter Snell, was a high school record that was held for 36 years. While in high school, Ryun ran five sub-four minute miles, including the only sub-four minute mile run in a high school event, a 3:58.3, at the Kansas HS state meet in 1965.

Ryun was initially elected in 1996 to replace Republican Sam Brownback, who had abandoned the seat. He defeated former Topeka mayor Doug Wright and Cheryl Brown Henderson, the daughter of the plaintiff in the landmark Brown v. Board of Education of Topeka desegregation case, with 62 percent of the vote in the three-person Republican primary.

Due to the presence of George W. Bush at the head of the ticket, Ryun defeated her by a margin of 55 percent to 42 percent.

Boyda was the Democratic nominee in the 2006 election, with Roger Tucker of the Reform Party of the United States of America also on the ballot. Boyda defeated Ryun in an upset, 51 percent to 47 percent.

Ryun announced his candidacy for his old seat in March 2007.