Canada destroys Amazon after preaching the world about climate change 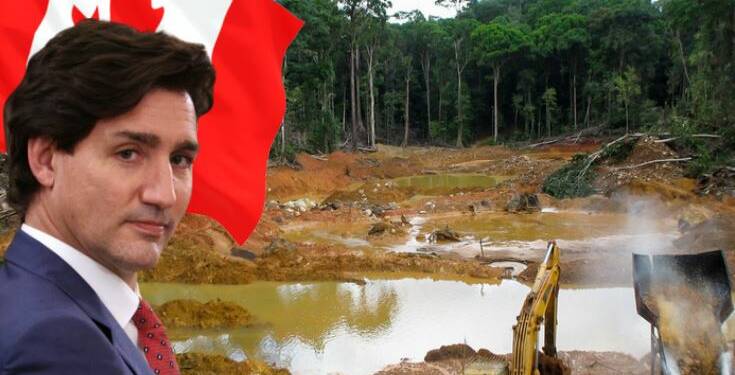 Canada is one of the countries that loves to preach the world about morals, ethics, human rights, climate change etc. Rather than taking strong and effective steps on these matters of concern, Canada likes to lecture the developing world about the responsibilities towards nature. Now, it seems that Canada itself is practicing the evil deeds that it has been criticizing for so long.

Amazon, the world’s largest tropical rain forest located in South America, is one of the biggest sites on the planet for minerals and raw materials. It is also believed to contain huge reserves of rare earth materials.

Potássio do Brasil (PDB), a mining company controlled by the Canadian giant Forbes & Manhattan, has signed an agreement with the Chinese construction company CITIC to build a potash exploration complex in Autazes (a municipality located in the Brazilian state of Amazonas), 110km from Manaus (Capital & largest city of the Brazilian state of Amazonas). However, the US$1.94 billion contracts was signed in the twilight of 2020 without any consultation with affected communities.

As part of a joint investigation, Diálogo Chino and InfoAmazonia (Independent Journalism and investigation platforms) found the contract among a series of documents that PDB sent to the Securities Exchange Commission (SEC), the US government agency in charge of the financial markets. The mining company hopes to raise US$50 million in investment.

PDB’s plans to exploit potash in Autazes have already been blighted by local conflicts. As a result, a conciliation hearing in 2017 led the company to sign an agreement with the Federal Public Ministry, preventing it from taking further steps “without prior judicial authorization”.

That decision included the suspension of environmental licensing until the completion of a consultation with the Mura people, a population of 14,000 who inhabit 44 villages in the region. It also established that the company would provide financial support for the indigenous people to draw up their consultation protocol.

All about the project

The Autazes Potash Project, which envisages investments of around US$2.3 billion, intends to extract a total of 770 million tons of potash, potassium-rich ores that are essential in the production of fertilizers. The contract reveals that this huge undertaking includes a mine nearly 1,000 meters deep, a potash production plant, and surrounding infrastructure. This includes a road and a port on the Madeira river basin, eight kilometres from the mine. It will also have its own power plant for smooth and uninterrupted operations.

The soil drilling site is also eight kilometres from the Jauary Indigenous Land, recognized by the National Indian Foundation (Brazil) in 2012. Also, more than a third of the area of the complex overlaps with the Jauary land. Information in the case file shows five mining requests for the Autazes Potash complex. Four of them have stretches that overlap with the Jauary land. These areas cover almost 45,000 hectares of land.

Read More: Trudeau inherited a rich Canada and turned it into an economic mess in just 6 years

It is truly a shame that Canada, which gives lessons to other countries for responsibility towards climate change and nature preservation, is silent and not taking any action when a Canadian company is destroying the Brazilian Amazon forests and illegally taking over the land of indigenous communities located there.

GGS Meaning with Explanation and Definition