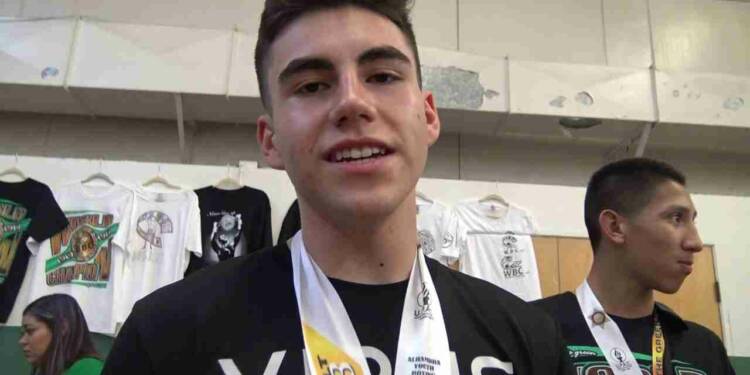 Devon De La Hoya is the son of Oscar De La Hoya, a well-known American boxer. Like his father, he is well-known on social media.

Devon de la Hoya followed in his father’s footsteps and became a boxer as well. His career is taking shape, and we hope that he will be admired when he puts on weight.

Take a look at Devon De La Hoya’s current net worth, income, and salary for the year 2021.

Oscar De La Hoya is a former professional boxer in the United States who competed from 1992 to 2008. He has won 11 world titles in six different weight classes, including the lineal championship in three of them. According to BoxRec, he is the 29th best boxer of all time, pound for pound. When De La Hoya represented the United States at the 1992 Summer Olympics, shortly after graduating from James A. Garfield High School, he won a gold medal in the lightweight division and reputedly “put a sport back on its feet,” earning him the moniker “The Golden Boy of boxing.”

In 1995, De La Hoya was named The Ring magazine’s Fighter of the Year, and in 1997 and 1998, he was the magazine’s top-rated pound-for-pound fighter in the world. De La Hoya earned around $700 million in pay-per-view revenue before being overtaken by Floyd Mayweather Jr. and Manny Pacquiao. He announced his retirement as a fighter in 2009, after a 16-year professional career.

In October 1997, De La Hoya began dating actress and Miss USA 1995 winner Shanna Moakler. In October 1998, Moakler and De La Hoya confirmed their engagement. The next year, she gave birth to their daughter. “It wasn’t a planned pregnancy,” Moakler explained, “but it was recognised that if it happened, it was lovely, and if it didn’t, that was fine too.” When Moakler was at home watching the Latin Grammy Awards on television in September 2000, she noticed De La Hoya leading another woman to the show, and the romance ended quickly.

Moakler sued her ex-fiancé for $62.5 million in palimony in December 2000, alleging that he was an alcoholic who was violent to her and their daughter, and that he used them “as props to build his public image.” In 2001, the matter was resolved out of court for an unknown sum. De La Hoya had limited contact with his daughter after his divorce with Moakler, though he continued to support her financially.

De La Hoya married Millie Corretjer on October 5, 2001. They are the parents of three children. He is also the father of two kids from prior marriages. In 2016, De La Hoya and Corretjer divorced.

TOP 34 Detachment quotes for a boost to your Wisdom