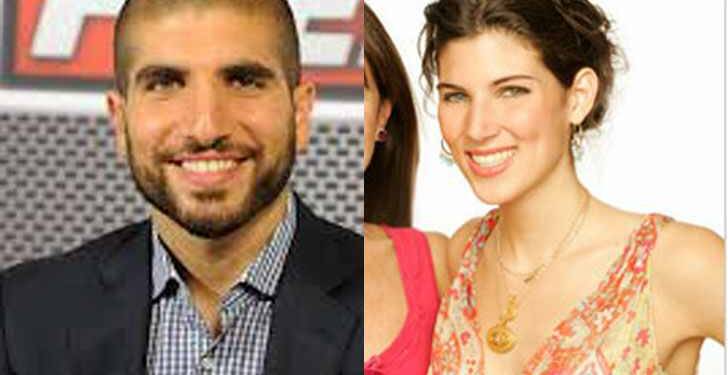 Jaclyn Stein can be reached @Jaclyn_helwani on twitter and has been followed by only 59 people. So she is not yet very popular on twitter.

Helwani was born in Montreal, Quebec, Canada, to Mizrahi Jewish parents. Helwani’s mother is Egyptian, and his father is Lebanese. He is the maternal nephew of Gad Saad, an evolutionary psychologist, and David Saad, a judoka who competed in the men’s lightweight category in the 1976 Summer Olympics. Helwani speaks English, French, and Hebrew fluently, as well as Spanish and Arabic.

Helwani attended the Akiva School and Herzliah High School in Mount Royal, Quebec, and Westmount (a city on Montreal’s Island).

Helwani is the father of three children.

Since 2006, Helwani has been a professional mixed martial arts reporter. Before joining ESPN in May 2018, he worked for MMA Fighting. He previously worked as a “MMA Insider” for Fox Sports 1’s weekly UFC Tonight broadcast, as well as various pre- and post-event coverage.

He was previously the co-host of the Sirius XM radio show Fight Club, as well as the host of The MMA Hour podcast and the YouTube video MMA Beat. He is the Mixed Martial Arts Journalists Association’s interim vice president.

He was designated one of FIGHT! Magazine’s “Power 20” in 2011, a list of the “most significant power players, movers, shakers, ambassadors, and game-changers in MMA,” and was dubbed “the Howard Cosell of MMA.”

Helwani was named “2014 Journalist of the Year” in the Awakening WMMA Awards in the beginning of 2015.