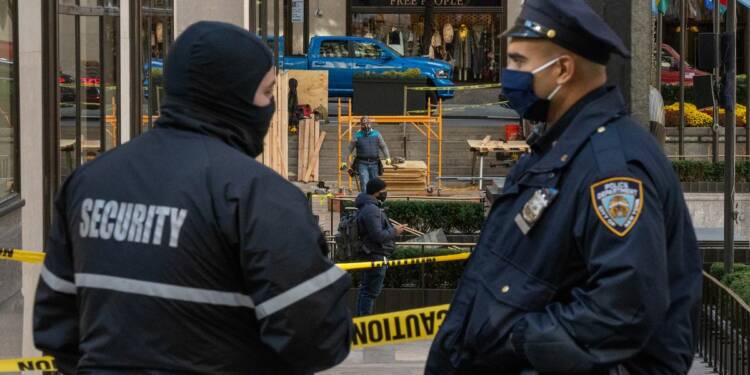 In New York City, there has been an increase in shoplifting. The New York Police Department said it hasn’t seen numbers like this since 1995, and organised retail crime is on the rise across the city. According to police, a known shoplifter assaulted an NYPD officer at a Duane Reade in Midtown.

According to the NYPD, there were more than 26,000 shoplifting complaints between January 1 and September 12, 2021, compared to over 20,000 during the same period in 2020. The pandemic, aided in the spike. It’s why several products are now restricted at local pharmacies. A lot of people were unemployed, and a lot of others were attempting to make ends meet by using the wrong means. “Some of it is resold on the street,” says the report. However, this line of argument should not let the perpetrators of these crimes off the hook.

While the situation in New York City is precarious in itself, there’s also organised retail crime, which is becoming more prevalent across the country.

Organized retail crime is an increasing threat for merchants, ranging from crude goods heists by violent gangs to sophisticated online fraud teams. While Organised Retail Crime (ORC) was a big topic even before 2020, the pandemic environment has prompted thieves to broaden their attacks across numerous platforms. Retailers are currently losing an average of $700,000 every $1 billion in sales due to organised retail crime. According to the NRF’s 2021 National Retail Security Survey, more than two-thirds of retailers claimed the pandemic raised their overall risk, with 57 per cent reporting an increase in ORC.

In that organization’s 2021 retail security survey, half of the respondents indicated shoplifting had increased in the previous year. According to the survey, merchants likely lost $62 billion due to theft and fraud, with the average retail robbery netting more than $7,500 in merchandise — a rate not seen since 2015. Worse, over 69 per cent of shops indicated they’ve seen a significant increase in “organised retail crime” activities — thefts involving groups of people – in the last year.

The situation in New York City has turned into a crisis

According to the New York Times, shoplifting reports have increased by 16 per cent in the last year, but arrests have decreased. New York’s bail restrictions, a police force distracted by a spike in killings, and internet marketplaces where organised retail crews can readily sell stolen products have all been mentioned in the dispute about the underlying causes. Officials say a sense of safety is vital to the city’s economic revival as it emerges from the public health catastrophe.

According to the New York Police Department, retail theft allegations were 16 per cent greater last year than this year. However, arrest rates have decreased, with roughly 28% of complaints resulting in arrests last year, compared to 48.5 per cent this year.

Joe Biden has remained focused on the mission of repealing Trump era achievements. However, in his efforts to undo the policies of Donald Trump, he has ended up eroding the social contract of the state with its people. More police officers have been killed in the line of duty under President Biden’s leadership than in prior years since 1995. Add to this, the current situation in New York City, things become much grimmer.

Joe Biden and his democrats have eroded the cities in the US and the situation has reached a boiling point. The small businesses were already reeling from the economic losses during the lockdowns, and now they are faced with goons who are not afraid of the law enforcement in the city. There needs to be some serious deliberation, to make sure that small businesses should not shut down forever.