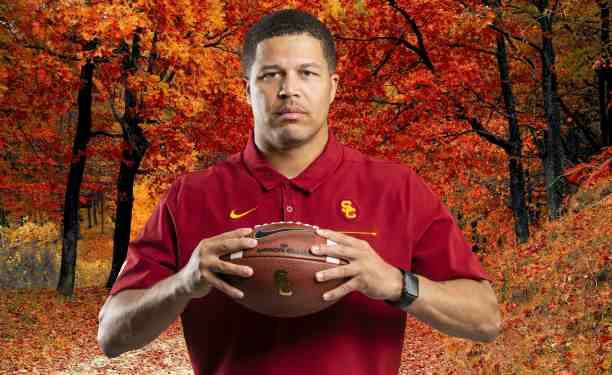 Donte Antonio Williams is the defensive backs coach and defensive passing game coordinator for the University of Southern California’s football team (USC). In this article we are going to talk about biography, career, notable works, and family of Donte Williams so read the full article here.

He formerly worked as USC’s assistant head coach under Clay Helton before being named interim head coach when Helton was sacked on September 13, 2021. Williams stayed on the staff of new head coach Lincoln Riley after managing the Trojans for the final 10 games of the 2021 season. Williams, who has coached at Oregon, Nebraska, Arizona, and San Jose State, has established himself as one of the best college football recruiters in the country.

His account on twitter has been verified by twitter and can be reached at @CoachDee_USC. His account has been followed by over 28k people and he is quite active on the platform. He joined twitter in 2011 and is based in Los Angeles, CA.

Williams joined the University of Nevada, Reno as a defensive quality control coach in 2010.

Williams began working at the University of Washington as a graduate assistant in 2011.

Williams became the cornerbacks coach at San Jose State University in 2013. He was named defensive backs coach and recruiting coordinator in 2014.

Williams became the cornerbacks coach at the University of Arizona in 2016.

Williams was hired as the University of Nebraska–cornerbacks Lincoln’s coach in 2017.

Under head coach Clay Helton, Williams was hired as the defensive passing game coordinator and cornerbacks coach at the University of Southern California (USC) in 2020. Donte Williams was appointed assistant head coach in 2021.

Riley kept Williams on his staff as the Trojans’ defensive backs coach and defensive passing game coordinator in January 2022.

After serving as the Trojans’ interim head coach in 2021, Donte Williams, who has more than a decade of experience teaching defensive backs and is considered as one of the best recruiters in the country, will remain on the staff in 2022 as defensive backs coach and defensive passing game coordinator.

We hope this biography article of Donte Williams will be helpful for you to understand his journey and works.