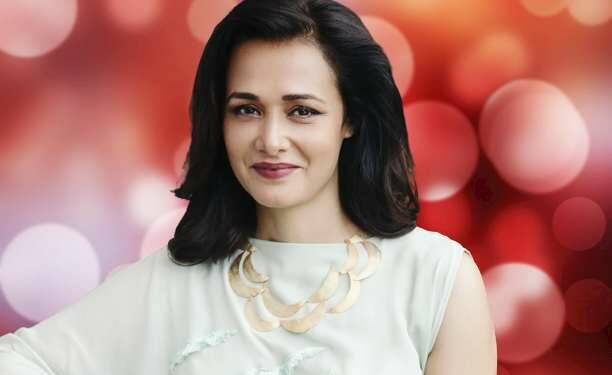 Amala Akkineni is a Bharatanatyam dancer and animal rights activist from India. She has primarily worked in Tamil films, but has also appeared in Telugu, Hindi, Malayalam, and Kannada films. In the late 1980s, she was a leading actress in the Tamil cinema business, and she has appeared in a number of blockbusters in Tamil and other languages. In this article we are going to talk about biography, career, notable works and family of Amala Akkineni so read the full article here.

She has won two Filmfare Awards South, for Best Actress – Malayalam in 1991’s Ulladakkam and Best Supporting Actress – Telugu in 2012’s Life Is Beautiful. Amala Akkineni is a co-founder of Blue Cross of Hyderabad, a non-governmental organization (NGO) based in Hyderabad, India that promotes animal care and the protection of animal rights.

Amala Akkineni made her acting debut in T. Rajendar’s Tamil film Mythili Ennai Kaathali, which was a box office smash. She rose to popularity overnight and enchanted audiences in a flurry of fifty films, including several Tamil box office smashes. She co-starred in films like Nirnayam and Siva alongside her future husband Akkineni Nagarjuna. For the film Ulladakkam, she won the Filmfare Award for Best Actress – Malayalam (1991).

Following her marriage to Nagarjuna, she stopped acting in 1992. After a 20-year absence, she returned in 2012 with the Telugu film Life is Beautiful. Her depiction earned her a CineMAA Award for Best Outstanding Actress and a Telugu Filmfare Award for Best Supporting Actress in 2013.

Amala was born to a Bengali Indian Navy officer and an Irish mother in Calcutta (now Kolkata). She has a brother. Amala graduated from Kalakshetra College of Fine Arts in Madras, now Chennai, with a Bachelor of Fine Arts degree in Bharatanatyam. She gave numerous live concerts all around the world. T. Rajender, who visited her home with his wife Usha and persuaded her mother to allow her to act in the film, which would be a classical film starring her Bharatanatyam dancing, urged her to join films.

On June 11, 1992, Amala married Telugu star Nagarjuna, and the couple had a son, actor Akhil Akkineni, who was born in 1994. Naga Chaitanya, the actor, is her stepmother. They now reside in Hyderabad.

Nagarjuna (born 29 August 1959) is an Indian actor, film producer, television presenter, and entrepreneur who goes by the mononym Akkineni Nagarjuna Rao. Nagarjuna has appeared in over 100 films, the most of which are Telugu films with a few Hindi and Tamil films thrown in for good measure.

He has won nine state Nandi Awards, three Filmfare Awards South, and two National Film Awards, including Best Feature Film in Telugu for Ninne Pelladata (1996), which he produced, and a Special Mention as actor for Annamayya (1997).

He married Lakshmi Daggubati in February 1984, the daughter of notable cinema director D. Ramanaidu and sister of actor Venkatesh and producer Suresh Babu. Naga Chaitanya, Lakshmi and Nagarjuna’s son, was born on November 23, 1986.

However, in 1990, the couple divorced. On June 11, 1992, Nagarjuna married actress Amala Paul, and the pair had one son, actor Akhil, who was born on April 8, 1994. We hope this biography article of Amala Akkineni will be helpful for you to understand her journey and works.