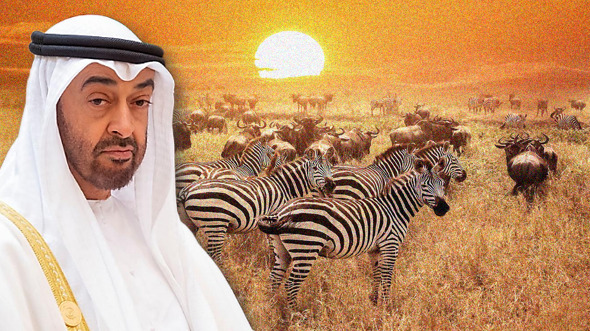 The United Arab Emirates, a small yet zestful gulf nation is on the move to establish itself in the red sea and ultimately to the whole of Africa. UAE is maximizing its leverage in the region by heavily investing in African nations. Till now UAE and other nations in the region were dependent majorly on oil drilling and exports. But UAE seems to recognize the relevance of dynamic geopolitical world order and is therefore planning to stretch itself across Africa for its geostrategic purposes.

Mohammed bin Zayed Al Nahyan is the new Salman of the region.

Till now there was great dominance of Saudi- Arabia in the Gulf region which was an important ally of the USA. But the Biden government has seemed to sidelined Saudi Arabia on various issues recently. Iran nuclear deal can be quoted as one such instance. Also, Salman led Riyadh which is already Burdened by the Islamist and anti-Israel baggage is reluctant to follow the pragmatic foreign policy. Whereas Mohammed bin Zayed Al Nahyan-led UAE is trying to follow a foreign policy having a modern outlook and a realistic one. This outlook is helping UAE to establish its supremacy in the region.

For instance, UAE’s heavy footprint is visible in the horn of Africa where it is building a large number of strategic ports and has begun its military installation. In long term, the state is trying to position itself to control military and trade flow in the area which is expected to undergo rapid economic growth in the next century. Also For the nation’s own food security, the Emirati-based companies are buying the agricultural lands in east African nations.

While outstretching itself UAE is not limiting itself to mere agriculture, the focus falls mostly on healthcare, e-commerce,  oil and energy, and telecommunication sectors that are speculated as high-potential sectors by the nation. The UAE has invested heavily in several projects across Africa with ongoing operations in Senegal, Mozambique, Egypt, Algeria, Rwanda, DR Congo, Zimbabwe, and the semi-autonomous region of Somaliland. In fact, according to a whitepaper issued by The Economist Intelligence Unit (EIU), UAE has invested $1.2 billion in Sub-Saharan Africa over the five years. With this UAE has emerged as the largest investor from the Gulf region in Sub-Saharan Africa, accounting for 88 percent of investment between January 2016 and July 2021.

UAE’s presence in the African continent is not just limited to the economic sphere but its clout was palpable since its handling of the Yemen civil war. Even in the ongoing Tigray conflict, UAE has effortlessly provided military support to the Ethiopian government and has stationed its base in the heart of Africa.

In the tumultuous geopolitical world of today, the USA is still not over the hangover of Russia. China is busy with its regional players and trying to build its influence whereas UAE seems to be prudent with its move and all set to become an integral part of Africa’s future in the immediate future.