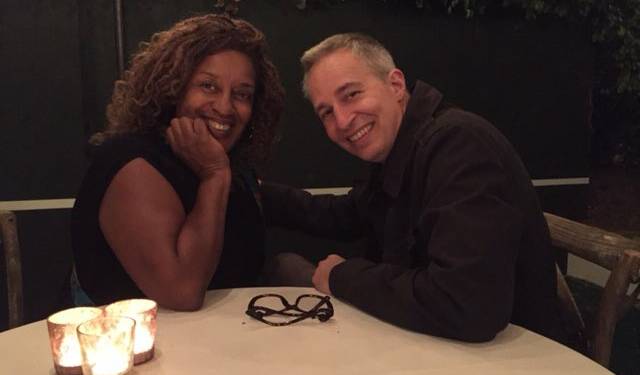 Jay Karnes (born June 27, 1963) is an American actor best known for his roles in the FX television series The Shield as LAPD investigator Holland “Dutch” Wagenbach, Agent Josh Kohn on Sons of Anarchy (2008), and Craig on The Crossing (2018). Karnes was born in 1963 in Omaha, Nebraska. He graduated from the University of Kansas in 1989. In this article we are going to talk about biography, career, family, and films of Jay Karnes so read the full article here.

His twitter account can be reached at @JayKarnes and he is not very popular on the platform. His account has been followed by only over 3k people and he is not active on twitter since 2019.

Jay Karnes was a member of the Oregon Shakespeare Festival’s company in the mid-1990s, appearing in prominent roles in plays such as Love’s Labours Lost and Tom Stoppard’s Arcadia. Karnes also appeared in The Joyriders (1999) and The Next Best Thing (2001).  Jay Karnes portrayed Detective Holland “Dutch” Wagenbach on The Shield from 2002 to 2008.

Karnes has a recurring role as ATF Agent Josh Kohn on FX Network’s Sons of Anarchy, which was created by The Shield writer/actor Kurt Sutter.

SAMCRO vice president Jax Teller and his sometime girlfriend Tara Knowles were enemies of Kohn. Karnes also appeared in the films Chasing 3000 and Broken Angel in the same year. Jay Karnes first appeared in season 2 of V (2009) and was slated to return in season 3 as a prominent character.

Karnes had a recurring role on Burn Notice from 2009 to 2010 as Tyler Brennan, a sadistic gunrunner with a penchant for kidnapping relatives of individuals he wants to manipulate.

Karnes made an appearance in the Body of Proof episode “Hunting Party” in 2011. In 2012, he had a recurring role on ABC’s Last Resort as Secretary of Defense William Curry. In 2013, Karnes played Supervising Agent Gerry Silvo in the pilot episode of Jeff Eastin’s drama series Graceland.

Jay Karnes is married to Julia Campbell, an actress, and they have two children. He’s a libertarian who’s given a talk at the Cato Institute.

Julia Campbell (born March 12, 1962) is an actress who has appeared in films and on television in the United States. Christie Masters, the “mean girl” in Romy and Michele’s High School Reunion, was her most well-known portrayal to date.

Campbell was born near Huntsville, Alabama, in Redstone Arsenal, the daughter of a model mother and an army officer father.

Jay Karnes, an actor, is her husband. She was formerly married to actor Bernard White.

Campbell has a leading part in the feature film Tillamook Treasure (2006), in which she portrays Kathryn Kimbell, the protagonist’s mother. Still Standing, Martial Law, Herman’s Head, Ally McBeal, Malcolm in the Middle, Seinfeld (“The Frogger”), Friends, House, The Mentalist, The Practice, The Pretender, and Dexter are among her television credits.

Her early performances were Ryan’s Hope (where she played Ryan granddaughter Maura “Katie” Thompson) and Santa Barbara (where she played Courtney Capwell) on daytime television, as well as the comedy film Livin’ Large. In the episode “Trust and Blood,” she guest featured on the NBC show Heroes as Mary Campbell, the mother of a new recurring character, Luke.

We hope this biography article of Jay Karnes will be helpful for you to understand his journey and works.