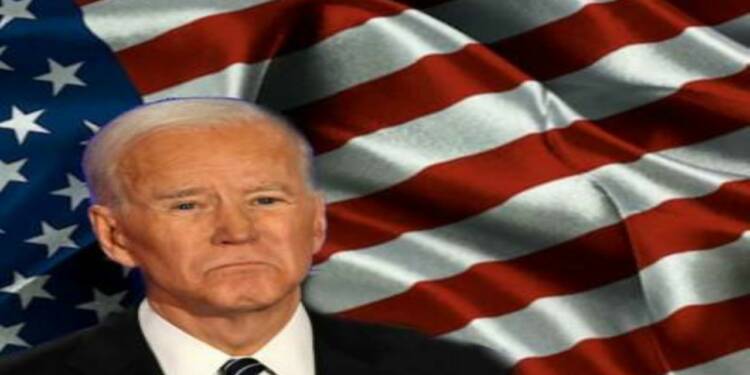 “America is back. America is back!” exclaimed Joe Biden during his first address to the White House. He assured Americans of repairing the economy and diplomatic alliances with the world. But all these assurances turned out to be nothing more than showboats to deceive the masses.

Neither could Biden succeed in fabricating diplomatic alliances nor could he fuel economic growth. From ‘messy’ pull-out midst Afghanistan to tax hikes, he has delivered everything in a terrible way. If Biden sticks to his gibberish blueprint for the economy, America could soon go bankrupt.

And the Americans fear that these policies could have spillover effects on the next generation as well.

When Biden was sworn as President, all that the Americans were expecting was that America’s economic growth would catch up with the pre-Covid pace. But they got it all wrong.

Let’s discuss a few of Biden’s blunders that failed to push the economy.

The America Rescue Plan (ARP), which was part of the COVID stimulus package, was designed to speed up the country’s recovery from the economic downturn. However, studies show that the stimulus package resulted in higher unemployment and a high inflation rate.

From grocery to gas, the price of almost every commodity inflated under Biden. Gas jumped 6.6% and accounted for almost a third of price hikes. Grocery costs jumped 1.4% – the sharpest one-month increase since 1990, other than during a pandemic-induced price surge two years ago. The cost of fruits and vegetables rose 2.3% – the largest monthly increase since 2010. Adding to the pain, Biden’s recent ‘spending bill’ would lead to further reckless spending by the government which eventually would result in an inflated economy.

Biden’s ‘Open border policy’, in contradiction to Trump’s ‘closed border policy’ is another major blunder. The immigration policy has created much furore amongst Americans. The ultimate burden to feed these immigrants, after all, comes from the American taxpayers’ pockets. Besides, as the US economy is already dealing with a high unemployment rate and inflation, the public outcry over immigration makes sense.

Not only the domestic economic policies of the Biden Administration are hurting the economy, but his foreign policies are also failing to hit the right note. His obsession to subdue Russia amid the Russian-Ukraine conflict is making Americans pay at home.

He is going haywire in accomplishing his motives against Russia. Severe sanctions on Russia (a major fuel and wheat supplier) have hit America’s economy hard. But Biden seems to be unsighted over the issue. Worsening the matter, Biden recently announced $300 Million in Additional Assistance for Ukraine.

The United States’ economic failure could have serious security implications. China, its Asian rival, is fortifying itself on both the economic and security fronts. However, Biden appears to have completely overlooked the Dragon’s ascension. This is unquestionably a colossal blunder in the making.

There is a clear disconnect between the picture that the Biden Administration tries to paint and the general American population. Biden needs to comprehend the fact that his policies, instead of making America strong, can make America bankrupt. And the pain of this bankruptcy would surely be felt by the next generation.

IJS Meaning with Explanation and Definition