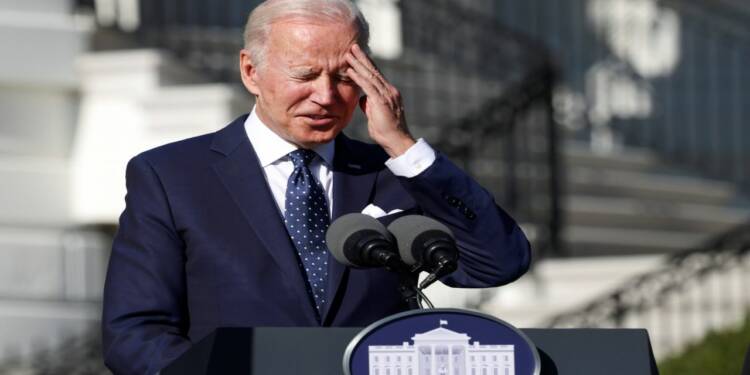 To combat the threatening pandemic, millions of dollars have been raised through the COVID-19 relief fund in the United States. The Coronavirus Aid, Relief, and Economic Security (CARES) Act and additional supplemental laws made these grants feasible.

Additional finances were granted through the American Rescue Plan Act in March of 2021. Though the funds raised were intended to provide direct assistance to families affected by the pandemic, they have instead been employed to construct hotels, restaurants, stadiums, and other facilities.

This is despite the fact that the US economy is already overheated as a result of the government’s reckless spending. Consumer price hikes in the United States raced to a new 40-year high in February, owing to rising fuel, food, and housing expenses, with inflation expected to grow even more following Russia’s invasion of Ukraine.

Inflation in the United States has reached a 40-year high. According to the latest consumer price index report, food costs are up 7.9%, while gasoline prices have lately set new highs. It all started with Biden’s much-touted $1.9 trillion stimulus proposal, dubbed the “America Rescue Plan.” It was designed to hasten the economic recovery process during Covid-19. Studies, on the other hand, demonstrate that the stimulus package resulted in higher unemployment and a high rate of inflation.

Almost every commodity’s price has risen under Biden’s watch. Gas prices increased by 6.6 per cent, accounting for nearly a third of all price increases. Other than during a pandemic-induced price surge two years ago, grocery expenditures increased by 1.4 per cent in a single month for the first time since 1990. Fruit and vegetable prices increased by 2.3 per cent, the highest monthly increase ever.

Aggravating the pain of the Americans, Biden’s ‘Spending-bill’, announced in his recent budget, is going to go heavy on their pockets. Biden’s proposed budget would spend $5.8 trillion next fiscal year. This proposal would further pile on to the national debt, which came to about $30 trillion earlier this year. To their evaluations, Biden’s spending plan will add nearly $15 trillion in new debt over the next decade, with annual budget deficits of at least $1 trillion per year.

Democrats do not appear to be abstaining from spending in the face of increasing inflation and expanding debt. The COVID-19 relief fund is currently being used by the Democrats’ spending spree. The funds will be utilised to restore stadiums, build hotels, purchase a ski area, and much more. For example, $140 million would go toward a 29-story, 800-room hotel in Broward County, as well as a $12 million rehabilitation of a minor league baseball facility in Dutchess County, New York. This financial boost would exacerbate the nation’s already-increasing debt.

Biden just appealed to Congress for additional COVID relief cash, which further adds to the absurdity.

Biden appears to have a poor understanding of macroeconomics. He doesn’t comprehend that if additional money is injected into the system, the already overheated economy would implode, and America will go bankrupt.  The sooner someone knocks sense into Biden to stop overspending and recoup as much money as possible from these fiscally reckless initiatives, the sooner America can return to a state of normalcy.