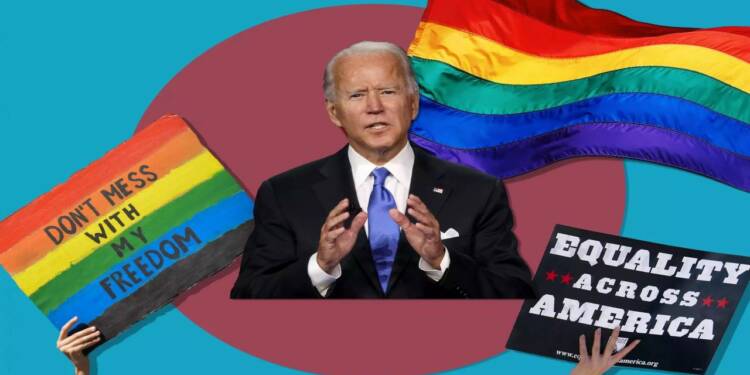 This is the year 1994. The Senate is debating the Elementary and Secondary Education Act, the country’s primary federal education law. Now, this bill is fiercely opposed by several Republican senators. Senator Bob Smith and senator Jesse Helms are raising their voices against some provisions of the bill that “encouraged or supported homosexuality as a positive lifestyle alternative.”

The then-Republic senator from New Hampshire, Bob Smith says, “There are some materials here that are so obscene that I cannot show them to the public. I cannot display them here and I cannot hold them up. I cannot quote from them, because to put them on the airwaves in any way, shape, or form would be considered obscene.”

He goes on, “I ask each of my colleagues . . . How would you respond if your 12-year-old, or worse, your 6-year-old brought home some of the materials that I have at my desk?”

Then both the Republicans offer an amendment to prohibit schools from receiving funds under the bill from “encouraging or supporting homosexuality as a positive lifestyle alternative,” which he defined as the “distribution of instructional materials, instruction, counselling, or other services . . . or referral of a pupil to an organization that affirms a homosexual lifestyle.”

Biden supported an amendment that opposed homosexuality in schools

Guess what, Democrats succumbed to this proposal.  The Senate passed the amendment 99 to 0. Interestingly, the then-Senator Joe Biden didn’t say a word against that proposal. And not just that, a follow-up amendment that proposed a ban on the distribution of condoms in public schools also got unanimously passed in the Senate. Joe Biden, again, didn’t pass a word through his larynx.

Fast forward to 2022, Florida has brought in a new Child Protection Law that prevents teachers from engaging in classroom instruction related to “sexual orientation or gender identity” in kindergarten through third grade and requires parental involvement in decisions about a student’s mental health.

Biden’s U-turn on the issue

Now, Joe Biden is the USA’s president. And he is calling this bill and its supporters ‘cruel’ and ‘hateful.’ His press secretary, Jen Psaki, claimed the legislation was “designed to target and attack” children, and is “cruel” and “harmful.” Secretary of Transportation Pete Buttigieg labelled the law “dangerous,” and his partner, Chasten Buttigieg, declared the law “will kill kids.”

Oh really? Does that mean Joe Biden didn’t have enough wisdom back in 1994 as a senator? President Joe Biden is today opposing what once senator Joe Biden stood for! He was supporting the parents 30 years ago, today he is calling the very same parents ‘hateful’ and whatnot! And I really doubt his age has something to do with this. Senator Joe Biden, when he was 51-year-old, was not as radicalized as he is today in his late 70s.

Joe Biden’s story pretty much explains how radicalization has transformed the Democratic Party over the last three decades. Today, from healthcare workers to parents, and from teachers to several state governments; a vast section of society appears to back the Child Protection Law. However, Biden seems to be living in a parallel world where the views of some radical Democrats are considered paramount and indubitable.