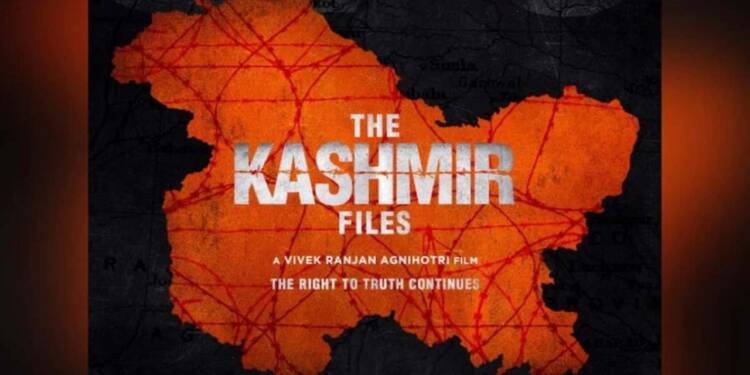 You may have heard of The Kashmir Files right, even US Congressmen have spoken about the movie.

Based on true events, The Kashmir Files captures the brutal genocide of the Kashmiri Pandits, a Hindu community, in India’s Kashmir valley over three decades ago. The movie is an example of roaring box office success. But the likes of the Washington Post and BBC just can’t digest its success. They are simply too scared of how they are losing grip over their so-called “true” narrative.

As I said, The Kashmir Files is based on some dark realities. It narrates what happened in the valley – Kashmiri Pandit women were mercilessly raped, several Pandits were killed and hundreds of thousands were forced to surrender their birthlands and flee.

Read more: Content is King: The Kashmir Files proves it

It is all documented. The movie doesn’t rest on imagination. It shows what happened and thereafter it is for the audience to make political judgments. But, the western media has again failed to see beyond their falsely created narrative about India and Indians.

There is a systematic plan to discredit the movie. BBC for example stated, “Supporters said it (The Kashmir Files) shines a light on a neglected, bloody part of Kashmir’s history but critics say it’s careless with facts and Islamophobic.”

Dismissing the movie as Islamophobic

And then there is also this campaign to portray The Kashmir Files as Islamophobic.

BBC stated, “The movie has certainly touched a chord among Kashmiri Pandits, but reviewers have panned the film for lacking nuance, given the complex history. Some have still praised the performances, while others have said that doesn’t make up for its vilification of Muslims.”

It added, “Viewers were divided too – some were touched and hoped this would help heal the wounds, while others were troubled by the stereotyped portrayal of Kashmiri Muslims, and the message the movie sends.”

Writing for Washington Post, an Indian journalist Rana Ayyub too had similar remarks to make. Her opinion report titled, “I tried watching ‘The Kashmir Files.’

“I left the theatre to screams of ‘Go to Pakistan’,”added Ayyub while dismissing the movie as Islamophobic.

However, her report is more about what she claims to be some personal incidents – some people chanting Jai Shri Ram (Glory to Lord Ram), which is a mere slogan in praise of a Hindu deity, or Bharat Mata ki Jai (Glory to India). These slogans aren’t anti-Muslim but innocuous praises rallying behind Lord Ram or the Indian nation.

Ayyub also claims that when she went to watch the movie, different people in the audience were making Islamophobic remarks.

Well, apart from make-believe Islamophobic remarks allegedly made by some movie-goers, there is nothing that can be pinpointed as hateful in the movie. The movie focuses on the plight of Kashmiri Pandits in the first place and it is not a divisive movie.

But if you are someone who has put on the glasses of a false narrative, like the ones fabricated by some of the Western Media houses, then you might just fail to see the truth in the movie.

So, why are Washington Post and BBC scared of a movie?

Well, scared would be a little easy on them, they are shivering.

Just think about it. The Kashmir Files captures a dark reality of the past. Make no mistake, it is one of the biggest genocides carried out in the sub-continent to date. Yet, sitting in different corners of the world, you never came to know about it.

Have you thought about why this is so? Let me explain.

The discussions on the issue of Kashmir have always been dominated by global liberal platforms. And they never spoke about Kashmir. BBC, for example, pushes Pakistani propaganda when it comes to Kashmir. It tells you what Pakistan’s ex-Prime Minister Imran Khan had to say about the Indian territory. But it will never tell you how Pakistan-sponsored terrorists butchered minority communities in Kashmir.

The Kashmir Files is changing all that, and that too, forever. It is bringing the plight of the Kashmiri Pandits to the mainstream. It portrays a story that was concealed all this while and is countering the Kashmir propaganda that was being pushed by the global liberal media till now. And this is exactly why the global liberal world is mighty scared and shivering.

KMA Meaning with Explanation and Definition