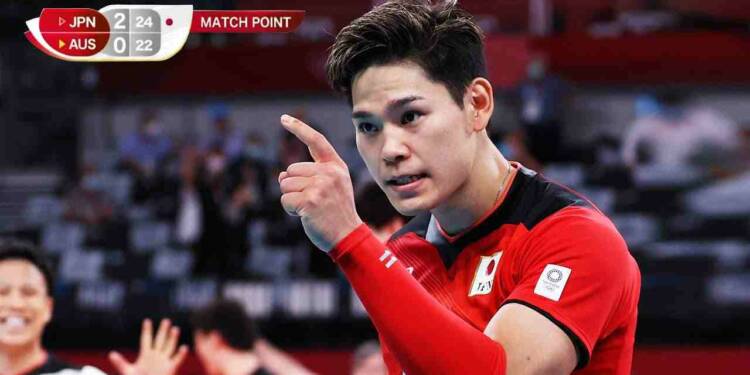 Yuji Nishida is a male volleyball player from Japan. He is now a member of the Volley Callipo team in the Italian Volleyball League. He was born on January 30, 2000, in Mie, Japan. In this article we are going to talk about the biography, career, and family of Yuji Nishida so read the article till the end.

Nishida began playing volleyball because of his older sister and brother, and he joined the same ‘Daian Beetles’ team as his brother. He devoted his entire efforts to practicing with the squad, and by the second year, he was already playing games, and by the third year, he had established himself as a regular.

While enthralled by the Olympics, his attention was drawn to Kunihiro Shimizu, a left-handed opposite who provoked and inspired him to wish to compete in the Olympics like Shimizu.

Nishida won the 29th All Japan Volleyball Tournament in Mie Prefecture in his fourth year in elementary school, achieving a major objective.

Nishida made his V.League debut with JTEKT Stings on January 6, 2018, against Osaka Blazers Sakai. His outstanding debut at the age of 17 quickly earned him a spot in JTEKT’s Starting 6, as well as a spot on the Japan men’s national volleyball team. Nishida also led the squad to a seventh-place result in the 2020 Tokyo Olympics, after 29 years.

He is one of the youngest players on the Japan men’s national volleyball team’s 2018 squad, which reached the FIVB Cup Final. In the 2018 FIVB Volleyball Men’s Nations League, he made his international debut with the Japanese national team.

In June 2018, he was instrumental in Japan’s first win in 11 years against Italy, scoring 24 points on 21 spikes and three aces. Nishida made history in September 2018 when he scored 30 points in a match against Argentina at the 2018 FIVB Volleyball Men’s World Championship. Nishida shattered the VNL’s serving records in June 2019 when he struck 7 aces in a single game during a match against Canada.

After watching his sister play volleyball, Nishida decided to give it a try.

His hobbies were stated as watching movies and shopping.

He has an older sister who is eight years his senior and a younger brother who is six years his junior.

In the interview, he named Yki Ishikawa, Masahiro Yanagida, Michal Kubiak, and Hiroaki Asano as his idols.

In the year 2020, it was reported that he would promote and advertise Asics, a Japanese multinational firm that manufactures sports equipment.

Nishida signed a sports sponsorship deal with Zamst, a brand of athletic braces and care products, in February 2021.

Nishida stated in October 2021 that it has entered into a relationship with CLEVER, a Japanese protein brand.

Yuji Nishida’s spike reaches 346 cm. Yuji Nishida is a male volleyball player from Japan. He is now a member of the Volley Callipo team in the Italian Volleyball League.

Yes, He is one of the best players in the world.

How tall is Nishida from Japan?

How much does Yuji Nishida weigh?

We hope this biography article of Yuji Nishida will be helpful for you to understand his journey and works.