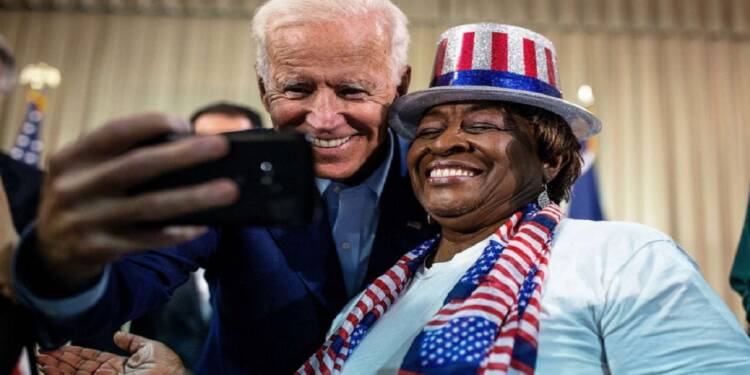 After Breyer’s retirement at the end of the ’22, Jackson will be sworn in. With this, she is going to become the first black woman judge in the United States. To celebrate this achievement, a coalition of progressive organizations is investing about $1 million in new ad campaigns targeting Black viewers with a motto that Joe Biden supports African-Americans. Nominating Ketanji to the Supreme Court was part of Biden’s electoral pledge to appoint a black woman to the Court, which was a democratic ruse to win over the African-American community.

Democrats are hell-bent on persuading African-Americans that Joe Biden is one of them.

Agendas of the Democrats for 2022

This latest drive of persuasion has begun Six months before the midterm elections. And why is that? It’s because Joe Biden’s popularity is dwindling day by day.

Biden’s support rating has dropped to 42%. Terrible handling of the COVID crises, the Afghanistan blunder, the failure to contain the Russia-Ukraine war, and rapidly growing inflation are considered to be the major reasons why this is happening.

As per the ‘Building Back Together spokesman’, the campaign intends to celebrate Jackson’s confirmation, believing that it will connect with Black voters in November.

The report states that the campaign will feature an ad called ‘Changed’, that will air in Georgia, Wisconsin, and Pennsylvania. Furthermore, they will be broadcasted on digital and social media through Black-owned channels and publications.

Is Biden really with the Black Community?

Is Biden really with the blacks? Let’s try and find out an answer.

Back in 2020, immediately after the BLM protests in the US, a survey by the Washington Post indicated that racism was one of the top issues for the American voters, particularly among the Black Americans. Millions of black Americans looked at Biden as their Massiah in the fight against racism.

But ever since Biden’s swearing-in, he hasn’t been as vocal an opponent of racism, as he used to be, earlier. His son Hunter Biden, whom he described as the smartest man he knows, was found in text chats with his attorney using the N-word.

Over a million immigrants from Latin American countries have been allowed to enter the United States. However, black Haitians who witnessed their president’s assassination and a natural calamity that has wrecked their country were turned away by Biden.

Biden boasts about his role in lowering the unemployment rate. But what he won’t tell you, is that the lower rate is to be attributed to a drop in African-American labor participation. This certainly isn’t something to rejoice about. This is one of the most significant indicators of black poverty. All these numbers prove that the claims of Biden being a staunch advocate of black rights are nothing more than a farce.

Tears quotes: use your tears wisely, know why?