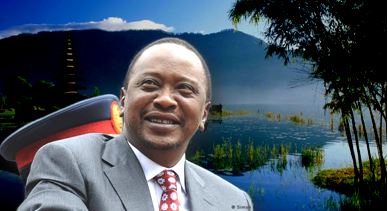 China and trusted partnerships never go hand in hand. China disguises itself as a well-wisher of a nation by extending easy loans, hefty infrastructure projects, economic aid, and whatnot, and then tactfully strives to usurp their resources and wealth by debt-trapping their economy. Kenya is such a partner, that is now realizing the perils of having a strong Chinese involvement in its economy.

Kenya’s cumulative public debt has ballooned to $65.3 billion, and it is feeling the weight of its financial obligations, particularly servicing the Standard Gauge Railway (SGR) loans. The country is spending 40 percent of its tax revenues on servicing public debt. The SGR project was constructed under the Belt and Road Initiative (BRI), and needless to say, Kenya now finds itself in a situation where it has been trapped under tremendous debt and faces the prospect of its sovereignty being walked over by China.

Not only that, but even Kenyan artisans are also voicing their concerns against Chinese predatory involvement in their economy now. VOA news recently reported that Kenyan artisans are concerned about competition from similar goods coming from China. Chinese goods are cheap and attract consumers more easily, thus killing the business opportunities for poor artisans altogether.

Data show Kenya imported nearly $4 billion of goods from China in 2021 but sent out only $1.5 billion to Asia. This means that China is engineering a hostile takeover of the Kenyan economy, which is resulting in lesser growth opportunities for Kenyan businesses. Now Kenyans are feeling a need to diversify their economy away from China. And that explains the African nation’s recent friendly overtures to Indonesia, the biggest economy in the Southeast Asian region.

The greener pastures of Jakarta

In March this year, Kenya opened its embassy in Jakarta, the Indonesian capital. Indonesia Foreign Minister Retno termed it an important moment, saying it will bring the two states closer. But why Indonesia, you may ask?

Well, Indonesia is set to host the G20 summit this year, and Kenya is hoping to raise its issues on the global platform by fostering a closer relationship with Jakarta.

For instance, Kenya is trying to press China to open up its economy for Kenyan businesses. The African nation is trying to negotiate a business deal with China that would enable the former to export more to China. In 2020, China ranked 11th on the list of Kenya’s export destinations. With the new agreements, Kenya hopes to see China rise on that list. So, Kenya is seeking to press China for liberalizing its economy for African as well as ASEAN nations through the G20 summit.

With more than 270 million people in Indonesia, the Southeast Asian nation is the clear favorite for Kenya to bolster its ties with. Indonesia’s ambassador to Kenya Dr. Hery Saripudin assured Kenya in an interview, “I believe that every single product from Kenya can be accepted by Indonesians: coffee, tea, avocado, roses, and many other products that you have a comparative advantage on.”

The Indonesian ambassador also appeared to warn Kenya about putting all of its eggs in China’s basket. Ambassador Saripudin said, “We don’t treat China as the only or special third country when we talk about our cooperation. We have to make a balance. For example, in Indonesia, when you mention the fast rail from Jakarta to Bandung, it is in cooperation with China. But we also have other projects with Japan, with Western [countries], and Saudi Arabia because that’s how to balance it. We don’t want to depend on only one party.”

That’s a quite bold statement from the Indonesian ambassador. His message to Kenya is simple and clear—Indonesia will help Kenya shed its overdependence on China. Kenya too understands that a closer economic relationship with China comes with a dear cost.

For instance, Kenya realizes how desperately China is baying to wrest control of its Mombasa port by debt-trapping its economy. Now, by forging a rock-solid partnership with Indonesia, Kenya stands a realistic chance to get rid of China’s excessive influence over its economy and stonewall China’s efforts to usurp the country’s resources and strategic assets.