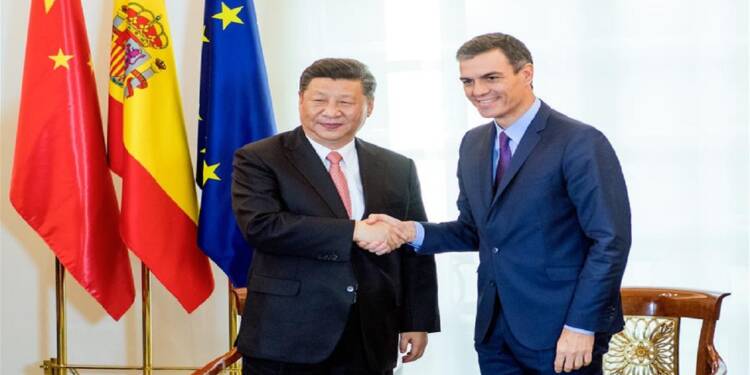 As per the initiative, the AMLO administration eyes to wrest control over the national lithium reserves by creating a state-affiliated company. As per Mining.com, the country’s lower house is set to vote on the constitutional overhaul that would guarantee state-owned utility Comisión Federal de Electricidad, or CFE, 54% of the market.

“Lithium is white gold, and that’s why they are against reforming the Constitution”, President López Obrador emphasized, adding; “this morning, I have just signed the initiative to reform the mining law, which doesn’t require two thirds. It’s a simple majority so that lithium remains the property of the nation.”

AMLO’s assertion on the nation’s lithium reserves is hardly surprising given the world’s increased appetite for shifting to electronic vehicles and away from carbon-emitting sources of energy. Lithium is an important element for manufacturers of EV batteries. With lithium prices soaring and potential lithium shortages looming, Mexico is stepping up its efforts to better control its reserves which could impact the already heated EV war between China and the West.

For now, both China and Europe are heavily invested in Mexico’s mining sector. Currently, there are 17 lithium concessions active in Mexico, including several in the country’s north held by China-owned Bacanora Lithium.

The company is a subsidiary of China’s Genfeng Lithium and is developing the giant Sonora project, which is slated to produce 35,000 tonnes of metal per year starting in 2023. Once the extraction process is started, Mexico could lead the world in lithium production.

On the other hand, large corporations from Spain are also currently dominating the country’s lithium mining sector. Once the element is nationalized, Spain and the EU will lose control over the country’s lithium. AMLO’s vow to change the mining laws in the nation, thus, has angered the EU and US in epic proportions.

While expressing his concerns over AMLO’s latest moves, USA’s ambassador to Mexico Ken Salazar said, “The measures now before the Mexican legislature have impacts on North American competitiveness, and thus we hope that the legal framework that emerges will support the creation of a North American clean energy powerhouse.”

All in all, Mexico’s moves to nationalize its lithium industry will hurt the interests of both China and Europe.

AMLO’s opposition is vehemently criticizing his moves citing the country’s lack of expertise in mining operations and the possible isolation of Mexico in the world’s lithium supply chains. AMLO fired back at his opposition on Tuesday night alleging they care more for businesses than the Mexicans.

He also insists on pursuing other maneuvers if his bid to alter the country’s mining laws is shot down. He said, “If we don’t get two-thirds of the vote … I will immediately, the next day, this Monday, send an initiative to Congress to modify the mining law.”

The US is set to get roiled up

AMLO’s moves could also worsen the relations between US and Mexico since the amendment would result in breaching the provision of the US-Mexico-Canada deal reached back in 2018.

Mondaq reported that “the lithium market was not subject to a government monopoly before UMSCA and its monopolization by the Mexican State could thus amount to a breach of Article 22.4.2.d), which prevents a State from using its monopoly position to engage in anticompetitive practices in non-monopolized.”

But Mexico is not alone in asserting its rights over the crucial element. Mexico has been coordinating with other lithium-rich countries such as Bolivia and Argentina, to develop the resource while maintaining sovereignty over it. This way, he is creating a powerful lithium bloc to deal a massive blow to the nations like US, China, and Spain.