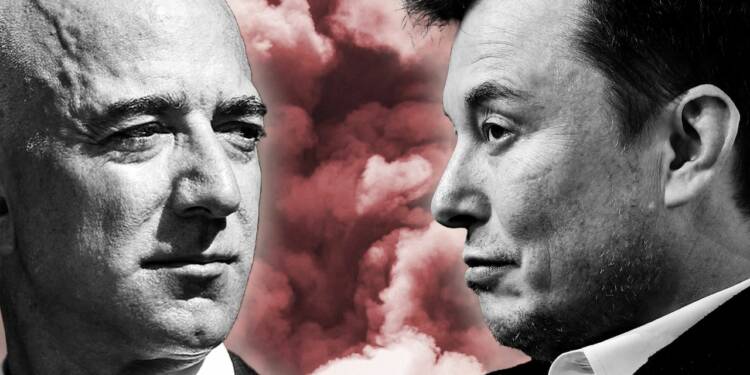 Reflecting Bezos’ frustration over Musk’s Twitter offer, The Washington Post is publishing one op-ed after another suggesting that Musk would bring out the worst of the social media platform. The Washington Post, owned by Bezos, wrote on April 14 that “Musk is the last person who should take over Twitter.”

Then on April 16, the Bezos-owned newspaper wrote, “How bad can Sports Twitter be? If Elon Musk succeeds, we’ll find out.”

Max Boot, a Washington Post opinion writer, is also unimpressed with the possibility that Elon Musk would buy Twitter. Boot recently declared that Musk’s bid to acquire Twitter was actually a threat to the democracy.

Washington Post wrote in one of its op-eds over Musk’s offer that “He engages in online bullying and traffics in hyperbole and outrage, such as comparing Canadian Prime Minister Justin Trudeau to Adolf Hitler for imposing public health regulations.”

Other prominent WaPo journalists like Karen Attiah, Catherine Rampell and Philip Bump also cried hoarse over the news of Musk attempting to uncage the bluebird. You see, Washington Post is indeed making a long arm to establish that Musk is unfit for taking over Twitter because he is an “incendiary” person.

Twitter: A tool that liberals want Bezos to control

Twitter is not an ordinary platform. This is a tool for the global liberal establishment to set the narrative around a topic of global importance. In fact, the power to decide what topic should be considered more important than the other also lies with Twitter itself.

The regulatory measures that the website undertakes to pursue its censorship agenda have always helped the global leftists with an unlevelled playing field heavily biased towards the left-leaning voices.

That’s why the global liberals once wanted Bezos to acquire Twitter instead. In 2017, Vox.com listed five reasons for the possible acquisition of Twitter by Amazon. The article read, “If anyone is willing to pay for a media company with social impact, it may be Amazon CEO Jeff Bezos. He already owns The Washington Post, which he bought for $250 million back in 2013. He may believe Twitter’s social and cultural value is worth preserving — plus, Bezos actually tweets.”

How Twitter could help (and harm) Amazon’s business interests?

The article also suggested that preserving Twitter would help Bezos preserve his business. The article read, “Putting Twitter under Amazon’s umbrella would give Bezos time to figure out the best way to value Twitter without watching its business get ripped by the media and Wall Street every three months.”

Yes, you heard it right! The author believes that Bezos could really manipulate Twitter to shore up his business interests and undermine his critics on Wall Street once he acquires it. In fact, Bezos-owned Amazon already uses Twitter to drive huge traffic to its website. Even a minute change in Twitter’s algorithm could upend Amazon’s social media presence.

Much to his chagrin, Jeff Bezos is not acquiring Twitter. But the worst part is, he’s losing it to Elon Musk, with whom he shares a 15-year-old rivalry. In fact, Musk has even called for Amazon to be broken up. Musk’s comments were in response to Amazon’s Kindle Direct Publishing service’s refusal to publish Berenson’s book titled “Unreported Truths about COVID-19 and Lockdowns.

Bezos is worried beyond limits at the sight of Twitter being chased after by Musk, a rival who wishes to break Amazon up to ensure free speech. Bezos’ business empire is in danger, and that’s why he has now deployed the Washington Post to spew venom against the Tesla CEO.