Pakistan Watch: Im has dimmed but this is not a new beginning 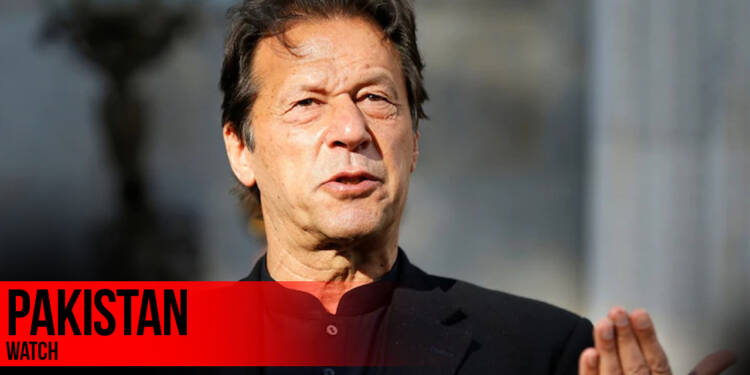 For some time now, I have been meaning to compile a weekly round-up of the world’s largest circus, and document how it is coming apart. So dear readers welcome to the ‘Pakistan Watch’ series on TFI Global. Perhaps there is no better time to start, considering the hectic political activity in our neighboring country which some believe to be a “new dawn”.

This new dawn of course is as real as another edition of Rahul Gandhi’s coming of age. Despite the Indian media’s dedicated prime-time coverage and minute by minute updates, the fact still remains that all the supposed politicking in Pakistan is a mere facade, with the military establishment routinely shuffling its puppets and lining them up in different permutations and combinations to give the Republic an air of legitimacy. It might have successfully fooled generations of American diplomats and Indian journalists, but has failed to make a mark beyond these audiences. The interesting thing this time around though is that it fooled one of its own, namely Imran Khan, the puppet it propped up three and a half years ago.

Any political leader in Pakistan would have to be a rank idiot to take on the military establishment, attempt to oust the generals, dissolve the parliament when the security establishment was offering you a more or less honourable exit, actually buy into the fact that you had orchestrated a ‘masterstroke’ and fight for it in the oh-so-neutral supreme court while alleging a conspiracy and a foreign hand all along. Imran Khan not just fits the bill of a rank idiot, but adds to a very consistent track record of being one. He was ousted finally since that is exactly what the military establishment had wanted.

Khan’s desperate maneuvers and outbursts towards the end of his tenure do present a set of problems for the military establishment since it has sparked anti-military sentiments in Pakistan. Social media trends and protests in many parts of the country seem to indicate as much. Videos of a fight breaking out between the supporters and detractors of the establishment in one of the few five-star hotels of Pakistan, interrupting the elite from their fancy iftar dinner, have gone viral. Another video shows members of Khan’s party throwing ‘lotas’ and beating up the deputy speaker of the Punjab assembly. However, other than creating yet another faultline in a chaotic society with an age-old identity crisis, Khan’s maneuvers might not amount to much in the short run. For one, the fact that the country or whatever is left of it is controlled and run by the military establishment is not a secret. And secondly, Khan is supremely ill-equipped to lead a potential revolution. Even becoming the Prime Minister is something he owes to the military establishment, and not to the farce that is Pakistani democracy.

#Pakistan Tehreek-i-Insaf (#PTI) party dissident #NoorAlamKhan was seen involved in a fight with an elderly at a hotel in #Islamabad on Tuesday (April 12). The identity of the elderly has not been revealed, however, the video of the incident has gone viral on social media. pic.twitter.com/GL815Lf3Gq

‘Lotas’ thrown at Deputy Speaker Punjab Assembly Dost Muhammad Mazari, he was also apparently slapped by PTI members. He has been escorted by Sergeant-At-Arms. #Pakistan pic.twitter.com/S2VZrmsyWV

To his credit though, he did rattle the military establishment enough for them to come out themselves and publicly address some of the issues that hogged the limelight, instead of using a proxy like the new government. They claimed Khan had reached out to them during the political crisis and discussions were held with him about it too, but that they never interfered in politics, contradicting themselves and reality both in the same breath. They brought up Khan’s infamous visit to Moscow which Putin had used as a clever decoy to invade Ukraine two months ago and described it as embarrassing. That part was true, considering they had become the world’s laughing stock that week. Overall, the military establishment’s words were interpreted as a message asking Khan to stay in line. Reports suggest that corruption charges are likely to be brought against him for pocketing state gifts that he received as Prime Minister. Whether Khan is able to push his cognitive limits and decipher the message remains to be seen.

Meanwhile Shehbaz Sharif, a legacy puppet, has been made the new Prime Minister. Narendra Modi put out a token tweet congratulating him and made sure to send out a message by dropping the ‘terror’ bomb. The puppet responded in kind, dropping the ‘Kashmir’ bomb in his acknowledgment tweet. All indications are that it is business as usual between both countries, which in the Modi era means that there is absolutely nothing usual about it. Even India’s Aman-ki-Asha brigade which sees a new beginning in Indo-Pak relations at regular intervals, seems to have lost interest in the Modi era. One of Shehbaz Sharif’s Members of Parliament went overboard trying to establish the new Prime Minister’s legitimacy, by tweeting how he had been congratulated by the White House, the Kremlin, Modi, Erdogan, King Salman and several other world leaders within three days of taking charge. She had to be told to pipe down since it was part of the standard protocol.

In the end, other than getting rid of a minor irritant in the military establishment’s scheme of things, not much has changed in Pakistan this week. Yet another government has been thrown out of office without it completing its term, displaying one of the few consistencies in Pakistan’s political history. A new government will not make the economic hardships and the diplomatic setbacks disappear magically, especially when it is controlled by the same puppet masters. Watch this space to see how things pan out in our neighboring country next week.

All the bright places quotes: a beautiful collection