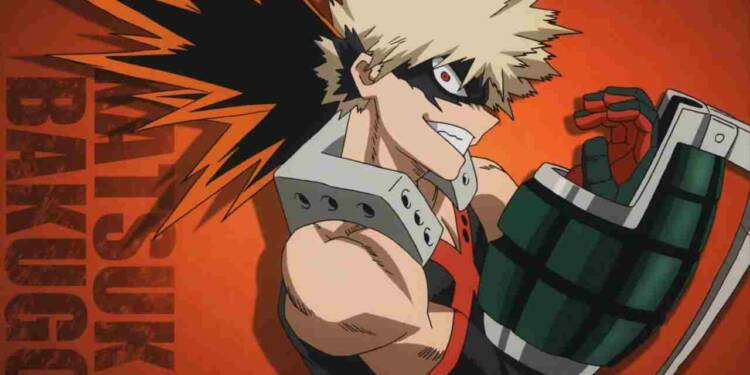 Who is Katsuki Bakugo?

Katsuki Bakugo, also known by his hero name Dynamight and his nickname Kacchan, is a superhero and one of the major protagonists of Khei Horikoshi’s comic book My Hero Academia. Katsuki used to tease the oddball Izuku Midoriya as a kid.
Appearance

Katsuki Bakugo is a lean, muscular young man with a fair skin tone and an average height. He has choppy bangs that droop over his brows and short, spiky, sandy blonde hair. His eyes are brilliant red and piercing.

Katsuki Bakugo has two scars on his body as a result of the injuries he got during the Paranormal Liberation War Arc: one on his left shoulder and one on his lower stomach area.

The Fiber Hero attempted to teach Katsuki Bakugo the value of maintaining a positive appearance while interning under Best Jeanist. To that end, he took the liberty of changing Katsuki’s outward appearance to make him appear less intimidating.

Also Read: John Egbert: All you need to know about the character

During this time, his wild spiky hair was neatly combed into a side part. Best Jeanist also altered Katsuki’s Hero costume, removing his mask and grenade gauntlets and replacing them with a pair of smart blue denim jeans instead of his usual baggy pants.
Unheroic

Katsuki Bakugo is a crude, arrogant, short-tempered, and aggressive character, particularly at the start of the series. Katsuki comes across as unheroic. This troubling behaviour dates back to his childhood when he was known to bully a young, Quirkless Izuku Midoriya.

He was extremely arrogant and condescending to those around him, frequently boasting about the power of his Explosion Quirk and even boasting that he would take on his entire middle school class.

He was openly hostile towards Izuku, owing to his former Quirkless status, and would frequently dismiss his dream of becoming a Hero, even though he lacked a Quirk, as well as giving him the insulting nickname Deku (meaning useless and unable to achieve anything).

Also Read: Interesting facts you should know about Villain Todoroki

The media has already portrayed him as evil. It slowly starts with Katsuki Bakugo coming out late at night and chasing the little bad guys, beating them to a pulp before getting up in the morning with bruised knuckles and blood on his metal fist.

Bakugou’s anger soon becomes so overwhelming that he is practically lost, the transition from vigilante to villain is easy and Kirishima soon loses contact with Bakugou. Even if he was angry at you or not at himself, you could tell, so it would be easy to turn society against him.

Kirishima is physically hurt by the fact that there is literally nothing he can do to help him, and he just has to watch Katsuki Bakugo drink himself unconscious every night to try and forget how he feels.

Training like a beast to become a good hero

He has been training hard to become a better hero and possibly become Izuku’s future nemesis in some way. He never earned an Ofa and stayed weird, all of his own bullying/insults, plus all Might’s remark that he can’t be a hero without weirdness, would set him on a dark path.