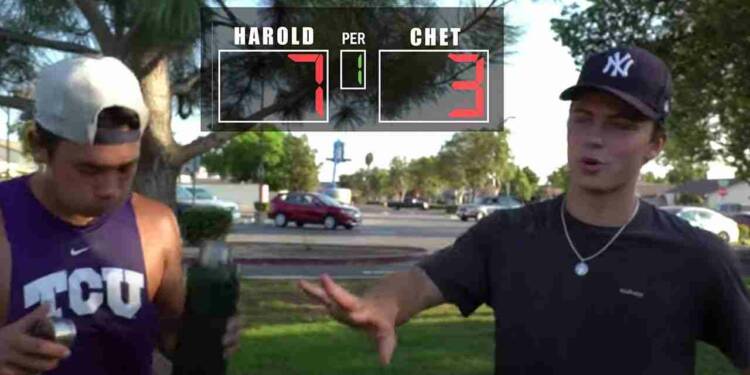 Harry Raftus is an internet celebrity best known for being an Instagram icon and a TikTok star. He is also the CEO of Face Off, a card game company, and is a growing entrepreneur. He has also worked at Canaccord Genuity Group Inc. as an office administrator. In this article we are going to talk about the biography, career, notable works, and family of Harry Raftus so read the article till the end.

In 2017, Harry Raftus made his Instagram debut. He began posting modelling images to the platform, which quickly became popular.
Later on, he made his debut on TikTok, where his drinking challenge videos, vlogs, and lip-sync performances drew a large following. With over a million fans, Harry Raftus has established himself as one of TikTok’s rising stars.

He has also become extremely popular on Instagram, where he has a large following.

In December 2011, Harry Raftus made his YouTube debut. However, he did not release his first video, “CHANNEL TEASER,” until 2020.

Harry keeps his fans entertained with vlogs on sports and adventure. Since August 2020, he hasn’t uploaded any new content to his YouTube channel. He made an appearance on the Youtube channel Young Hollywood in February 2021.

Harry Raftus is a young entrepreneur as well as a social media star. He is the founder and CEO of the Face-Off card game firm. Harry is frequently visible on social media advertising his card game brand.

Harry is a sports fanatic who enjoys playing basketball and rugby. Swimming, snorkelling, camping, and skiing appear to be among his favourite activities, according to his Instagram posts.

On his official TikTok account harryraftus, he has over 1.3 million fans and close to 52 million likes, and is known for his drinking challenge videos, vlogs, and lip-sync videos.

Harry Raftus has a self-titled Youtube channel with over 15k subscribers where he posts sports and adventure-themed vlogs.

In 2018, Harry will be studying Public Relations and Advertising at the Dodge College of Film and Media Arts. He’s also a certified inbound marketer and a content marketer.

He participates in rugby. Charlie Hoberman, a friend of his, was the photographer for a picture session he did.

In September of 2021, he released two videos to his Instagram profile of himself partying on a stage in Miami.

He is a native of Toronto, Ontario, Canada, who has also lived in Los Angeles, California.

In September 2021, he posted a TikTok video to the Kanye West song “Praise God.”

At his university, Harry is a member of the Phi Delta Theta fraternity.

Fraternity is the name of his dog.

Since he was a child, Harry has been fascinated by modelling and fashion. In 2019, this online star backed the Relay for Life charity.

By doing paid content and brand deals, Harry Raftus has an estimated net worth of $50k to $100k USD.

Social media has brought many talents to the world who otherwise would have not be able to get any platform. The competition and selection proccess and nepotism in modeling and film industries all over the world is known to everyone.

We hope this biography article of Harry Raftus will be helpful for you to understand his journey and works.