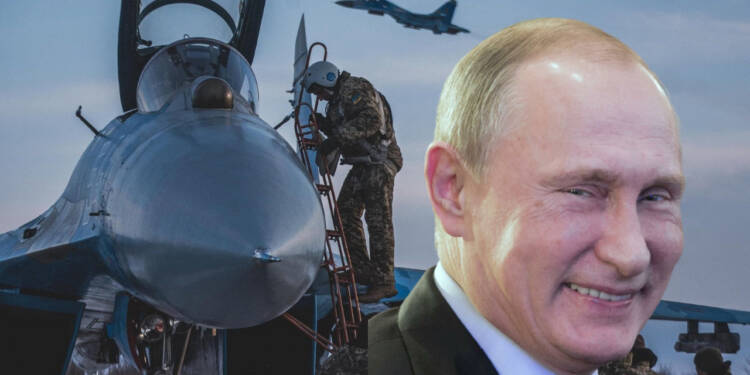 If you use Twitter, you’ve probably seen and read about the bravado of “Ghost of Kyiv” several times since the start of the Russia-Ukraine conflict. An ace fighter pilot was lauded as a military hero for allegedly shooting down forty Russian planes.

The tale has been going around for months where the legendary pilot shoots down 40 Russian planes. The name has been bolstered by Ukraine’s official account also. The hero became so well-known that his mentions and daring stories flooded social media.

However, after 65 days of fighting, the hero has died.

This is an excellent illustration of how Ukraine is causing widespread misunderstanding around the world. The vast majority of these details are useless.

Even Former Ukrainian President Petro Poroshenko falsely claimed that a photo supplied by Ukraine’s Ministry of Defense three years earlier depicted the Ghost of Kyiv, who had shot down six Russian pilots.

The man was such a hit that on social media, memes, irrelevant photographs, and even footage from a flight simulator video game claimed to show the Ghost of Kyiv in action.

Ukraine’s official Twitter account also published a video with the same image, as well as footage of fighter jets in combat, put to throbbing music, and the caption: “People call him the Ghost of Kyiv. And rightly so — this UAF ace dominates the skies over our capital and country, and has already become a nightmare for invading Russian aircraft.”

People call him the Ghost of Kyiv. And rightly so — this UAF ace dominates the skies over our capital and country, and has already become a nightmare for invading Russian aircrafts. pic.twitter.com/lngfaMN01I

Later on, Security Service of Ukraine, the SBU, published the same old images on Telegram, claiming to have shot down 10 Russian planes.

The ghost’s toll had risen to 40 planes by the time news outlets, including The Times of London, misidentified the pilot as Tarabalka. This is a perfect example of how pyramidal lies operate. Thankfully, the lie did not last long.

The identity of ‘ghost’ was recently completely discredited. The falsehoods don’t last long, this one fell flat as well. The Ukrainian government themselves acknowledged that the ‘Ghost of Kyiv’ is a made-up symbol that does not exist in real life.

The information about the death of the The Ghost of #Kyiv is incorrect. The #GhostOfKyiv is alive, it embodies the collective spirit of the highly qualified pilots of the Tactical Aviation Brigade who are successfully defending #Kyiv and the region.

The declaration came after several news sites misidentified Ukrainian Major Stepan Tarabalka as the guy known as the ‘Ghost of Kyiv.’ What kind of wizardry is this?

Many users on social media are now in a dilemma that how Ukraine lied, as the so-called evidence of the fighter turned out to be from a video game. Things were different before the war started because Kyiv is the weaker party, it was expected that if Russia and Ukraine went to war, Ukraine would be the loser.

As a result, Russia’s conflict with Ukraine was portrayed as a barbaric invasion on Social Media.

On the one hand, Ukraine is proud on the internet that it is winning. On the other side, it gives the impression that Russia is brutal in Ukraine. We are not sure how this makes sense.

This ‘Ghost of Kyiv’ is only an example of Ukraine’s deception and use of misinformation in the propaganda warfare in the ongoing battle. Wonder, how many such stories are used by Ukraine as ‘propaganda’ to raise morale among its troops!

The tale of Hungary & Poland: One abandoned by its allies and the other aided by a so called foe