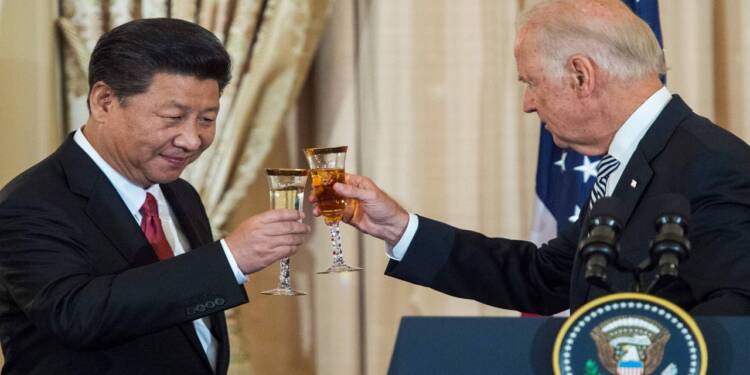 Since the start of the Russia-Ukraine conflict, China has been vocal in its support for Russia. It initially refrained from voting on a UN Security Council resolution condemning Russia’s actions, and eventually became actively or indirectly involved in assisting Russia during the conflict.

However, the United States is completely oblivious to this truth.

U.S. officials recently told Reuters that they are still skeptical of China’s long-standing backing for Russia in general, but that the military and economic support that they were concerned about has not materialized, at least for the time being.

Investors and Companies are fleeing from China

Nevertheless, China’s economy at present is burning out as investors and companies are either planning or have already wrapped up their businesses. Outflows from the country’s stocks, bonds, and mutual funds accelerated after Russia invaded Ukraine.

“Markets are worried about China’s ties to Russia -it’s scaring investors and you can see that risk aversion playing out since the start of the invasion,” said Stephen Innes, managing partner at SPI Asset Management. “Everyone was selling China bonds so we’re glad we didn’t buy any”.

Fraport AG, a German company, sold its share in Xi’an Airport in March, ending a 14-year presence in China. The reason was once again obvious: if China is sanctioned by the West, the corporation will find it difficult to operate.

According to the most recent data from the Institute of International Finance, China had $17.5 billion in portfolio outflows last month, a record (IIF). This loss of cash by foreign investors was described as “unprecedented” by a US-based trade organization, especially given the lack of similar outflows from other emerging countries over the same period.

“China’s support for the Russian invasion of Ukraine was the catalyst for capital to leave China,” said George Magnus, an associate at the China Centre at Oxford University and former chief economist for UBS.

Biden is trying to ease out anxiety

However, to prevent Chinese investors and enterprises from leaving the country, the Biden administration is attempting to calm fears by issuing a no-objection certificate to China. Senior US officials say they have not detected overt Chinese military and economic support, nearly two months after warning that Beijing was set to assist Russia in its conflict against Ukraine. 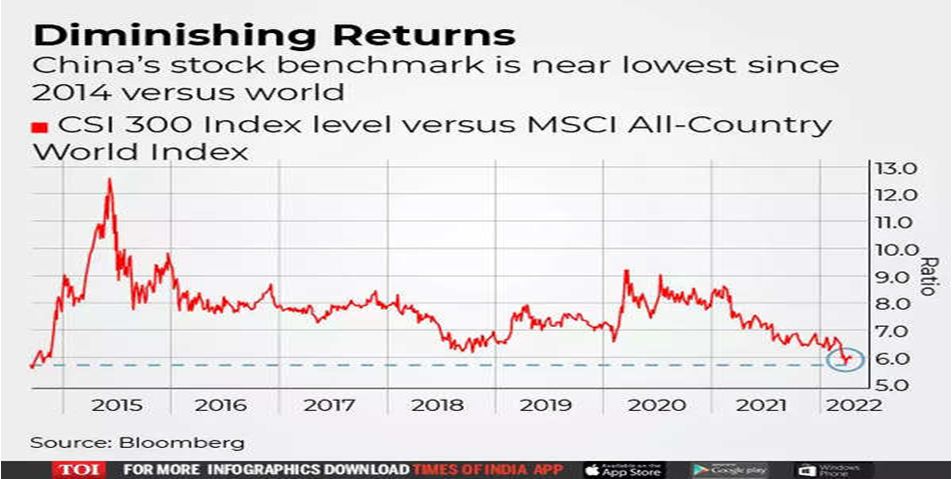 Despite the fact that trade between Russia and China has increased dramatically in the last two months, this assertion is made. For example, in the first four months of 2022, Russia’s gas shipments to China increased by as much as 60% compared to the same period last year, owing to the ongoing conflict in Ukraine.  But, why is the US taking such a step? Well, there are two possible reasons for this move.

One, the US would never want Russia and China to align because it would jeopardize the US’s control in the region, thus in order to isolate Russia, the US must plainly stand with China.

And two, this is vital for the stability of the US economy since China is a major trading partner of the US, and any unfavorable feelings in the Chinese market will have an impact on the US economy. As a result, we believe that publishing such a statement from Biden’s office was the need of the hour for the US.

Therefore, the need for the situation motivated the US to change its stance toward China as ultimately the benefactor would be the US itself.