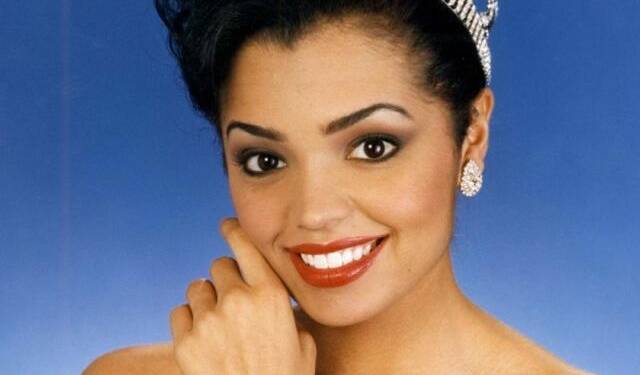 Chelsi Mariam Pearl Smith, popularly known as Chelsea Smith, was an American actress, singer, television host, and beauty queen who was crowned Miss USA 1995 and Miss Universe 1995. In this article we are going to talk about the biography, career, notable works, films and family of Chelsea Smith so read the article till the end.

She died in 2018 suffering from liver cancer for just over a year.

Smith worked as a model for companies such as Hawaiian Tropic, Jantzen, Pontiac, Venus Swimwear, and Pure Protein. She appeared on Martin, Due South, and The History of the Bathing Suit, a TLC documentary.

Chelsea Smith co-wrote and recorded her first single, “Dom Da Da,” with producer Damon Elliott with the help of Music World Entertainment/Sony, which was used on the soundtrack for Cameron Diaz’s film The Sweetest Thing.

She played alongside Allen Payne and Elise Neal in the independent film Playas Ball in 2003. She also starred on HBO in Saladin Patterson’s short film One Flight Stand with Marc Blucas and Aisha Tyler, and co-hosted Beyoncé Knowles’ special Beyonce: Family and Friends Tour.

Smith traveled to Windhoek, Namibia, after winning Miss USA to compete in the 1995 Miss Universe pageant, which was aired live from Windhoek Country Club on May 12, 1995. After the preliminary round, she was once again the highest-placed contestant, propelling her into the top 10.

Smith was among the final three contenders once again, and she went on to win the title over first runner-up Manpreet Brar of India, becoming the first Miss USA and the sixth American to win the Miss Universe crown in 15 years. She crowned Alicia Machado of Venezuela as her successor at the end of her reign.

She was born on August 23, 1973, in Redwood City, California, U.S. Craig Smith, an African-American maintenance guy, and Mary Denise Trimble, a white American secretary, were Smith’s parents when he was born in Redwood City, California. Smith’s parents split when she was two years old, and her mother, who was an alcoholic at the time, gave her to her maternal grandparents, Barnie and Jeanette.

Smith relocated to Kingwood, Texas, with her grandparents when she was seven years old, where they later divorced, causing Smith to grow up in a divided home while attending high school in Deer Park. She was a sophomore at San Jacinto College studying education when she won Miss USA.

What happened to Chelsea Smith?

In 2017, Smith was diagnosed with liver cancer. She became increasingly frail during 2018, and she died on September 8, 2018, at the age of 45, at her mother’s home in Mifflin, Pennsylvania.

In 2017, Chelsea Smith was diagnosed with liver cancer. She became increasingly frail during 2018, and she died on September 8, 2018, at the age of 45, at her mother’s home in Mifflin, Pennsylvania.

Smith never publicly recognized her diagnosis or treatments, despite having a social media presence. Her family remarked on her decision to stay private on the issue.

We hope this biography article of Chelsea Smith will be helpful for you to understand her journey and works.

“No place for Ukraine in the EU,” Macron announces it loud and clear