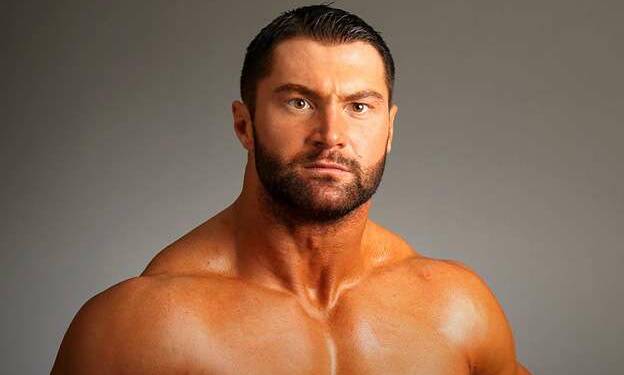 Mason Ryan is a Welsh actor and former professional wrestler who is most known for his time with WWE. Ryan was an ardent weightlifter who once held the world record for holding 20 kg of weight for slightly over one minute with his arms straight. In this article we are going to talk about the biography, career, notable works, films and family of Mason Ryan so read the article till the end.

He was born on January 13, 1982, and his original name is Barri Griffiths.

Mason Ryan worked as a trainee carpenter and in his family’s funeral home before studying construction management at Cardiff University. He also played center back for Porthmadog FC, however his career was cut short due to a knee injury. In 2009, he appeared on Gladiators as “Goliath.” Ryan began training to be a professional wrestler in 2006, and for the next three years, he wrestled all throughout Europe.

He had wrestled under the identities “Celtic Warrior” and “Smackdown Warrior” since 2007 and had performed in around 100 contests in nations such as Egypt and Venezuela before appearing on Gladiators.

At the European Wrestling Association’s Night of Gladiators show in June 2007, he represented the United Kingdom in a ‘Battle of the Nations’ tag team match against Austria, teaming with Drew McDonald and Sheamus O’Shaunessy in a losing effort to Chris Raaber, Michael Kovac, and Robert Ray Kreuzer.

Griffiths competed under the name “Goliath” in the second series of the relaunched Gladiators television show in 2009. He was told that producers were looking for new gladiators while working on a television show about being a wrestler in Wales, and he applied with the assistance of his trainer, Orig Williams. He started filming the first show a month later and had to grow a beard specifically for the part. He has made an appearance on Paul O’Grady’s show.

In September 2010, S4C aired Barri Griffiths (Mason Ryan) : Y Reslar, a Welsh language documentary depicting Griffiths’ life in the months leading up to his transfer to the United States.

Prior to becoming a wrestler, he worked as a trainee carpenter and in his family’s funeral home. Ryan played football for Porthmadog FC as a centre-back but had to retire owing to a knee injury.

In 2015, Griffiths married Julie Rolfe, a Legends Football League player, after a long relationship. He is currently based in Tampa, Florida. He is conversant in Welsh.

What happened to Mason?

Ryan declared on his Twitter account in January 2016 that he is now the main archer of Kà at Cirque du Soleil.

Is Mason and Batista related?

No, Ryan and Batista are not related.

Barri Griffiths, also known as Goliath and by his ring name Mason Ryan, is a retired Welsh professional wrestler and former Gladiators combatant.

We hope this biography article of Mason Ryan will be helpful for you to understand his journey and works.