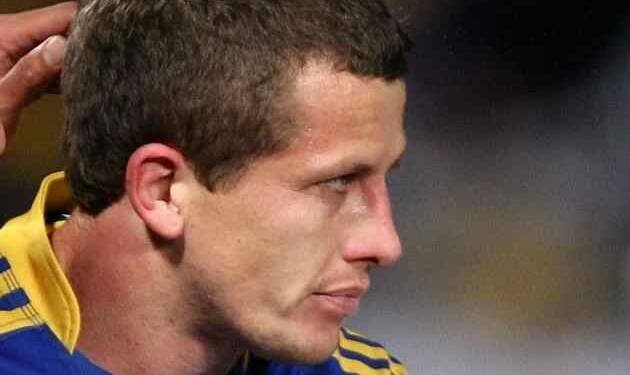 Jordan Atkins is an Australian rugby league player who most recently played for the Super League’s London Broncos. His preferred positions are wing or center. He was born on 22 January 1983, in Stanthorpe, Queensland, Australia. In this article we are going to talk about the biography, career, notable works, and family of Jordan Atkins so read the article till the end.

In 2004, Jordan Atkins was a member of the Australian Universities rugby league team that traveled to the United Kingdom. He played in the Queensland Cup with the Burleigh Bears in 2006 and 2007 while pursuing his teaching degree at the University of Southern Queensland.

In round one of the 2008 season, Atkins made his first-grade debut against the North Queensland Cowboys. Atkin’s four tries in the game tied the record for most tries in an Australian first-grade debut set by Eastern Suburbs’ Johnno Stuntz in the 1908 season, which was the first match of rugby league in Australia, and later Canterbury Bankstown’s Tony Nash in the 1942 season.

Jordan Atkins signed a two-year contract with the Parramatta Eels in September 2010 for the 2011 and 2012 seasons.

In the 2011 NRL season, Atkins played 12 games for Parramatta, who narrowly escaped the wooden spoon.

Parramatta avoided the dreaded accolade by defeating Atkins’ former side, the Gold Coast, in the year’s final round.

Atkins signed a one-year deal with the London Broncos in England in February 2014. Atkins announced his retirement at the end of the season.

Jordan Atkins is working with Clontarf Foundation, and the Clontarf Foundation’s mission is to promote the education, discipline, life skills, self-esteem, and career prospects of young Aboriginal and Torres Strait Islander males so that they can participate actively in society.

The Foundation has grown to serve 6,500 boys in 97 schools in Western Australia, the Northern Territory, Victoria, New South Wales, and Queensland since opening its first Academy for 25 boys in 2000.

He was born in Stanthorpe, Queensland, Australia.

His positions- Wing and Fullback.

We hope this biography article of Jordan Atkins will be helpful for you to understand his journey and works.