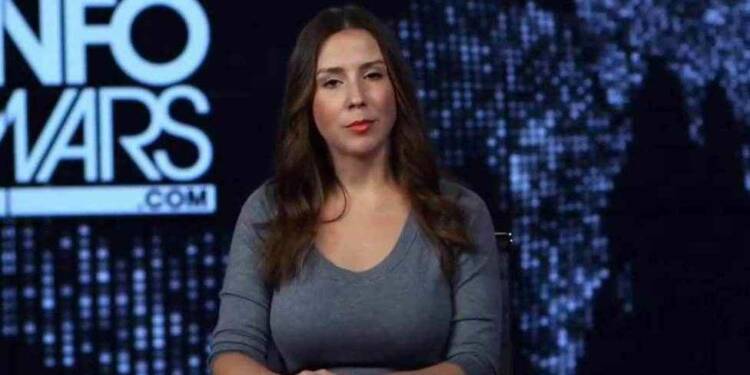 Lee Ann Mcadoo is an American journalist and television broadcaster who has made a name for herself in the media space. McAdoo is one of the most popular reporters for Independent media InfoWars.com, a website founded by radio show host Alex Jones. In this article we are going to talk about the biography, career, notable works, and family of Lee Ann Mcadoo so read the article till the end.

As an actress, she did the role on some episodes of The Last Resorts from 2009 to 2010. She was playing the role of Helen in that television series.

Lee Ann was an internet sensation for a long time and she was bullied by Left-wing propagandists and blind followers during elections. Her crime is that her views are right leaned. She is pretty active on Twitter and tweets frequently.

Lee Ann Mcadoo acquired expertise in journalism, video production, and music blogging after graduation. Prior to joining InfoWars, McAdoo worked for LegitArt Entertainment as a music blogger in 2010. For Balcony TV in Austin as a music television host from 2011 to 2012. She later created and collaborated with Jeff Ray on the music video for ZEALE ft. Patricia Lynn’s Hope Dies.

She joined InfoWars.com in 2013 and became one of the best anchors of the news portal. She was working as an anchor and writer for Info Wars. She was busy conducting interviews and occasionally hosting the portal’s Nightly News portions. She gained a lot of social media attention after joining Info Wars.

She is a strong critic of traditional media, claiming that it keeps people in a trance and makes them “stupid to death.” The alternative media, she claims, has not only opened her eyes to the truth but has also assisted the general population is finally breaking free from the delusion.

Steve and Kathryn McAdoo Johnson gave birth to Lee Ann McAdoo on February 7, 1979. She has two siblings with whom she grew up Shane and Jennifer McAdoo.

From 2008 to 2011, this Irish-American reporter attended the University of Texas at Austin, where she earned a Bachelor of Science in Broadcast Journalism.

She is pretty tall and stands at 1.7 meters and weighs around 130 lbs. Her hair is brown, and her eyes are blue. She has a charming and appealing appearance.

If you will search for her name on Google you will find many long biographies of her name and if you are a regular Google user you will be amazed by the fact that leftist people have pushed hard to be on top of Google search. They have written long-form biography just to cheat the Google algorithms. You will find lots of hate and negative criticism in her biographies available on the first page. These are not like biographies but propaganda.

We hope this biography article of Lee Ann Mcadoo will be helpful for you to understand her journey and works.