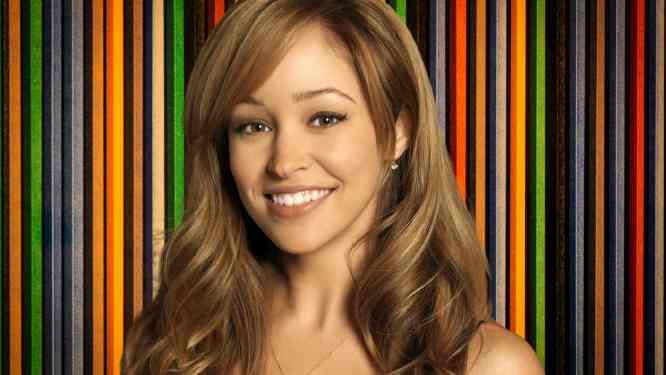 Autumn Reeser is an actress from the United States. She has played leading roles in the films The Girl Next Door, So Undercover, and Sully, as well as eight Hallmark Channel television films. In this article we are going to talk about the biography, career, notable works, films and family of Actress Autumn Reeser so read the article till the end.

Patrick Loubatière, a friend and author, created a book about her called No Ordinary Girl, which was published in both English and French.

Reeser was born in La Jolla, California, on September 21, 1980, to Tom and Kim Reeser. From the age of seven to seventeen, she appeared in numerous local musical theater shows as a variety of characters.

She appeared in ads for Burger King, Clean & Clear, and International House of Pancakes early in her career. Her first on-screen appearance was as Ventu Girl in the UPN’s Star Trek: Voyager episode “Natural Law.”

She went on to guest star in CSI: Crime Scene Investigation, Birds of Prey, and Cold Case before landing recurring parts in the sitcoms Grounded for Life, Maybe It’s Me, and Complete Savages. Her performance as Taylor Townsend on the Fox series The O.C. (2005–2007) catapulted her to popularity.

After that, she landed many roles in television series.

In 2015, Reeser appeared in three episodes of ABC’s science fiction drama series The Whispers as Amanda Weil. In 2017, she had a recurring role on CBS’s Salvation as Tess, Darius Tanz’s childhood girlfriend.

She starred as talent agent Leslie Bellcamp on the E! network’s The Arrangement for two seasons. The story follows an unknown actress who is plucked from obscurity and granted a secret contract to be the fiancée of Kyle West, one of Hollywood’s biggest stars, after a successful audition.

Autumn Reeser had a cameo appearance as Dr. Wells in the episode “Let Go” of Fox’s procedural drama television series 9-1-1 in 2018.

U.S. Taylor Townsend on Fox’s The O.C., Lizzie Grant on HBO’s Entourage, Katie Andrews on ABC’s No Ordinary Family, and Leslie Bellcamp on EThe !’s Arrangement are some of her most well-known performances.

In Ojai, California, on May 9, 2009, Autumn Reeser married writer and director Jesse Warren. The couple has two kids, the first of whom was born in 2011 and the second of whom was born in 2013. Reeser filed for divorce from Warren in November 2014, requesting shared physical and legal custody of their children.

Autumn Reeser is a famous television and film celebrity and she worked in so many movies, this biography article is incomplete without talking about her films. So here you will gain info about her films and projects.

She has appeared in many films and we are discussing some of her recent and notable movies here. Sully, a biographical drama film directed by Clint Eastwood, was released on September 2, 2016. The picture was well-received by reviewers and grossed more than $240 million worldwide. She was also in the movies Kill ‘Em All, Valley of Bones, Dead Trigger, and The Legend of La Llorona.

She was voted to the National and Los Angeles Local Boards of SAG-AFTRA in 2015.

We hope this biography article of Actress Autumn Reeser will be helpful for you to understand her journey and works.