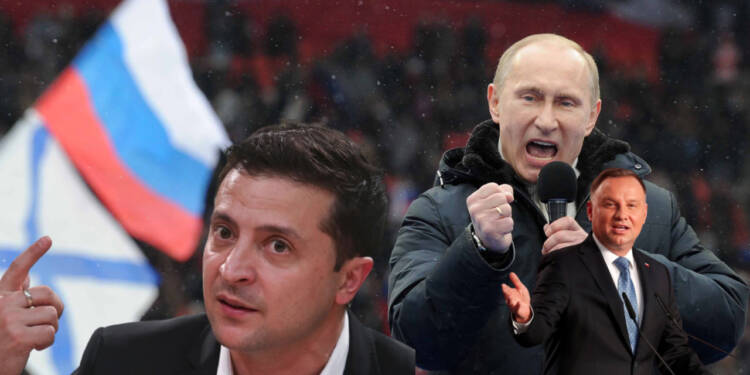 Poland appears to be skilled at feathering its own nest. It understands how to grab the moment and achieve its goals. The entire world wants Russia and Ukraine to reach an agreement as quickly as possible.

Western Ukraine has been governed by Poland several times in history, including after the 1921 Riga peace accord, and anti-Polish sentiments are still present in Ukrainian nationalism today. The Ukrainian Insurgent Army (UPA) collaborated with the Nazi Waffen-SS even during World War II, and various war crimes against Poles were committed. While Warsaw has backed Kyiv on major strategic concerns since the Maidan movement in 2014, their bilateral relations have been complicated by the way both nations see and politicize 20th-century history.

Post-Maidan Ukraine exalts UPA leader Stepan Bandera, which Poland does not appreciate. Nevertheless, because of the stability in relations between NATO (of which Poland is a member) and Kyiv in recent years, geopolitical specialists have effectively “forgotten” the issue of historically Polish areas. However, it is also plausible to believe that, in the midst of disputes and tensions, Poland, with NATO’s help, wishes to regain these regions, which would be of immense geostrategic importance to the western alliance.

Poland is silently aiming to realise its motives

Poland now appears to be achieving its goals under the banner of maintaining peace in the war. Polish plans to launch a “peace operation” in Ukraine that will be used to defend that the operation’s goal is to safeguard Poland’s population and heritage from “Russian aggression” before establishing complete political and military control over the region. Lately, the motives of Poland were clearly indicated in an investigation reported by the Russian intelligence. The head of Russia’s foreign intelligence service stated that Poland with the help of the US is currently planning to take “military-political control” over western Ukraine through a future armed intervention.

“According to the intelligence acquired by Russia’s Foreign Intelligence Service, Washington and Warsaw are engaged on plans to establish Poland’s tight military and political control over its historic possessions in Ukraine”, he said lately during a public statement.   In fact, Russian Security Council Secretary Nikolai Patrushev indicated that the Kyiv regime’s so-called western friends are not opposed to profiting from the current crisis and have particular plans for Ukrainian land. “A clear confirmation of this was the  Polish President Andrzej Duda’s recent visit to Kyiv, as well as his statements that the Polish-Ukrainian border would soon cease to exist,” Patrushev said.

It’s worth noting that Poland has consistently supported Ukraine since the war began, and has lately stated that it will agree to function as a security guarantee for Ukraine. President Dauda of Poland declared that if Ukraine asks them to be security and peace guarantors after the war, Warsaw will be ready. It’s also important to note that, strangely, the western media has been silent on the subject, despite the fact that it’s a major issue with a high risk of escalation in the Ukrainian conflict. When the person involved is a NATO member, it appears that talking about “attempts to balkanize Ukraine” is illegal in the mainstream media. Clearly, the Polish government, working with the Western powers, intends to achieve its goals. And, if the Polish government succeeds in achieving its objectives, Ukraine as a country may eventually even cease to exist.