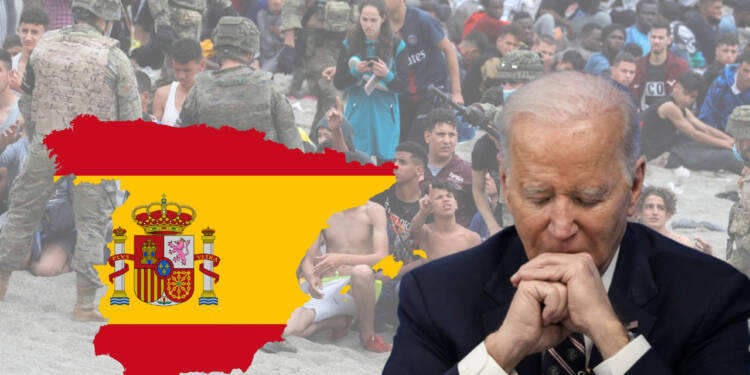 Title 42 was a trademark Trump-era policy that had a big jump from the previous security standards espoused by the Obama administration. But as it goes, any policy brought in by Trump is fodder for long ending tirades and accusations. Title 42 was no different.

After the theatrics that ensued after the 2020 November elections, a new story opened its chapter with Joe Biden ascending the throne inside the oval office. Biden ran an exclusive campaign on development that had nothing in favor of what Trump had to offer to America in his four illustrative years. Within this array of Biden‘s proposals, Title 42 stood tall and received the limelight far more than it deserved.

Biden lamented trumps policy as stupid and vowed to overthrow the Title 42 act for the betterment of America. If Title 42 were overturned, migrants near the Mexican borders would flood into the American heartland and it would be a Republican talking point in no time.

But contrast to his tall claims, Biden is yet to act on the controversial Title 42. The Ukraine war has pulled the fringe on the US economy. Biden’s approval rating is far lower than the approval that the zero covid policy could garner in China. With a midterm election looming in, Biden has an enormous obstacle to get rid of. Concocting all these facts, Title 42 went off the table.

Biden is 79, but he has a head that could top any issues. So why not use it?

So, at the latest, US President Joe Biden has agreed to a landmark deal that will send Mexican migrants on America’s southern border to Spain. The proposal is about to receive its official colors during the next week’s summit of the America’s.

After all, Biden’s plan to get rid of the migrants has been received by Spain with open hands. The notion behind Spain’s acceptance is the enduring labour shortage that the country faces albeit having the highest unemployment rate in the EU at 13.5 percent. Spain has many things when it comes to money, but when it reaches to people and hospitality, the country can put Somalia to shame.

El Cementerio is a dangerous place on the outskirts of Spain. More than anyone, the African migrants have big stories to talk about the gruesome experience in Spain. El Cementerio or the cemetery is a migrant squatter camp that currently houses migrants from Africa. Journalists fear this place and here the outsiders are mistrusted and photography stands risked.

“The conditions in the Lepe chabolas can only be described as inhumane,” says José María Castellano, who works with APDHA in Huelva province.

Spain is already a migrant hellhole and it only adds to the current web of issues surrounding the EU and Ukraine. The Economy is far away from the jovial days of the past with the housing crisis being the new entrant into the list of woes. Getting all this together, the opposition in Spain has made a move against the ruling elite for ludicrously accepting Biden’s heinous offer. The white house has not responded to any enquiry while the Spanish government has decided to stay mum on the issue.

Any deal with the US is not worth a broken penny but if the outright vile policy of Biden looks great for the government in Spain, let them welcome the migrants so that in a decade the world could discuss about a once existed country known for its bull fight and soccer.