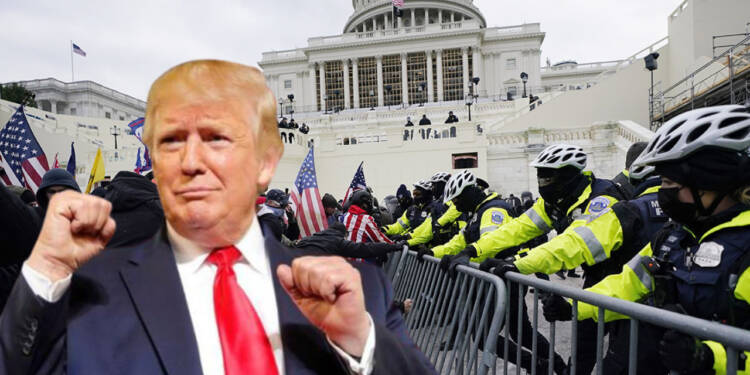 Two years ago, Donald Trump lost the presidential election and Joe Biden was announced as the next president of the United States. At that time, Donald Trump ran a full campaign against Biden and democrats tagging the elections ‘rigged’.

The media went all guns blazing against Trump’s remarks and then the capital riots occurred. As a result, Donald Trump lost his credibility as he got accused of the riots.

Now, two years have passed and people have changed their thinking against Trump. While the House Select Committee prepares reports for investigating the Capitol riot prepares for its first public hearing, the people have already made it clear to them that, Trump has won.

The report that is being prepared by findings of the public after collecting thousands of documents and conducting more than 1,000 interviews. But a recent survey has cleared the air about what exactly could be in the report.

According to a new NBC News poll, the percentage of Americans who say former President Trump was responsible for the Jan. 6, 2021, riot at the U.S. Capitol has dropped to 45 per cent.

Out of this, only 17 per cent of respondents said the former president is solely responsible for the rioting, while 28 per cent say he is somehow responsible.

So, at least 9% right now have changed their perception of Trump being ‘solely responsible’ for the riots.

The report is not out yet, the public has already started to drop the narrative that Trump did the Capitol Hill riot. Trump and his supporters, despite continuing to claim the 2020 election was rigged, have moved on from the Jan. 6 rioting. But, this poll could also be an indication that people have started to believe that elections were indeed rigged.

The only mistake that Trump did was a ‘rally’ calling for a demonstration of power. The rioting came shortly after Trump held a rally, dubbed “Stop the Steal,” on the White House Ellipse. The Justice Department continues to vigorously prosecute the rioters involved on Jan. 6, with more than 800 charged in connection to the Capitol attack.

But, the people may have started to intercept the perception that elections were actually faulty and that’s why people rushed to Capitol Hill for protests.

The removal of an elected President using the entire machinery and corporate structure is not something that can be termed as the victory of democracy, at least not in ideal terms.

Read More: So, was the US Presidential Election rigged after all? TIME Magazine makes a weird admission of guilt