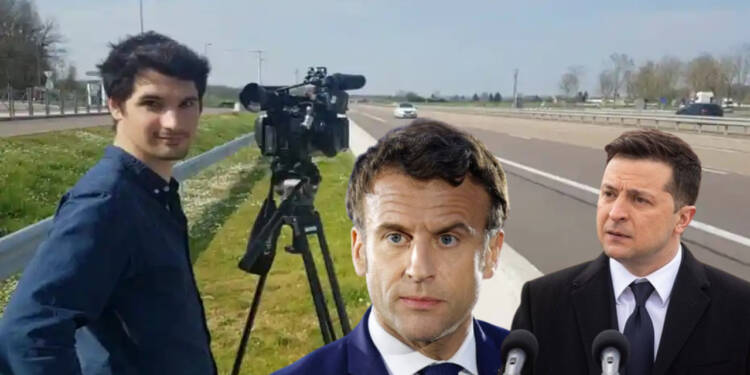 The Ukrainian President has been seeking all forms of sympathy since the onset of the conflict. France in its all capacities has been helping Ukraine from the very first day of the conflict.

France has been a friend in need of Ukraine

France has set aside €100 million to fund the most critical humanitarian needs, including medication, respirators, tents, and blankets. A humanitarian air bridge has been established through Poland to transfer these goods to Ukrainian authorities or straight to neighbouring countries that are accepting migrants.

In a video address to an international donors’ meeting in Warsaw last month, President Emmanuel Macron also committed to increasing France’s overall financial contribution to Ukraine this year to $2 billion from 1.7 billion.

“The humanitarian needs of the population and the economic situation of the country call for a new effort by the international community which meets the needs linked to the destruction of civilian infrastructure”, Macron said.

Would you like to know how Ukraine is attempting to repay France for its assistance?

Ukraine has been paying back France by targeting French journalists

By targeting its journalists! Well, when it comes to the safety of journalists on the ground when the journalists report the incidents, a resolution 2222 has been adopted by the UNSC concerning their safety. As per Resolution 2222, adopted in 2015 by the UN Security Council (of which Russia is a permanent member), international humanitarian law requires that journalists are protected during armed conflicts in the same way as any civilian, even when accompanying military forces for the purposes of their reporting and these journalists can’t be targeted.

But for Ukraine, this surely doesn’t make any sense. To substantiate, let us quote a recent incident where two French journalists have narrated how it is to be under Ukrainian shelling for almost five hours.

As they narrate their whole experience, they say how the Ukrainian army has been recklessly shelling the civilian areas as well. They said, “Five hours of heavy shelling. We couldn’t imagine that we would be here for five hours, four of which were spent under heavy shelling from the unleashed Ukrainian artillery”.

“It was clear that we were being targeted and we knew that the car we had left outside would be in pieces by the time we got out of this hellhole”, they added further.

We would like you to notice that they said, “WE WERE BEING TARGETED”.

Another noteworthy statement they gave was, “The Russians do not have fun shooting at areas not occupied by enemies or military equipment. The general impression left by this hot day was that the Ukrainians were reduced to impotence and to expedients of revenge.”

In another incident of May, a 32-year-old French journalist, Mr. Leclerc-Imhoff, was killed in eastern Ukraine for which the French government has demanded investigations but not much progress has been made in that case as of now.

But considering the above-mentioned incident, the killing of Mr. Imhoff certainly points toward the chance of him being killed by the Ukrainian shelling.

1.      Why Zelensky’s foolish way of shelling the civilian areas is going unnoticed and unaccountable?

2.      Why is Zelensky targeting these French journalists, despite France providing Ukraine immense help?

Anyway, these kinds of ‘targeted attacks’ shows the desperation of Ukraine and how it is targeting civilians and journalists in utter breach of Human rights. And any incidents like this must be condemned by World.

All Chinese companies could go missing in Australia very soon