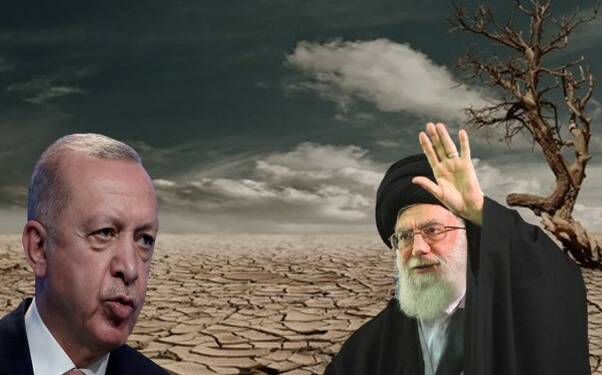 Conventional wisdom says Islam is spreading rapidly around the globe. One report proclaimed that in the next 50 years or so, Islam would dwarf Christianity as the world’s largest religion. The report added that Muslims will grow more than twice as fast as the overall world population between 2015 and 2060 and, in the second half of this century, will likely surpass Christians as the world’s largest religious group. Muslims made up 24.1% of the global population. Forty-five years later, they are expected to make up more than three in ten of the world’s people, the report further added.

The most common explanations for Islam’s rise boil down to simple demography. For starters, Muslims have more children than the other seven major religious groups studied in the study. Muslim women have 2.9 children on average, which is much more than the next highest group (Christians, at 2.6) and the overall non-Muslim average (2.2). Muslim fertility outnumbers non-Muslim fertility in every major region with a significant Muslim population. Furthermore, more than a third of Muslims live in Africa and the Middle East, the two regions with the highest anticipated population growth.

Well whatever may be the theories surrounding the rise of Islam, they all seem to be overblown. Let us use the examples of two prominent Islamic countries, Turkey and Iran, to demonstrate our point.

In a paper first published in 2014 and updated in 2019, called “Turkey’s demographic transformation and new challenges,” Aysan writes that between 1945 and 2010 death rates have fallen while birth rates have fallen less steeply, which resulted in an increase in Turkey’s population. Yet the era starting from around the 2010s both death and birth rates have been stabilised at low rates, resulting in what is known as “demographic ageing”.

This would surely shatter all the pan-Islamic plans that Erdogan dreamed of.  The Turkish president, Recep Tayyip Erdoğan, has regularly urged Turkish women to have as many as three children, more so after the birth of his sixth grandchild, saying the country needs “bigger numbers for our population as a nation”.

“Rejecting motherhood means giving up on humanity,” Erdoğan said in a speech marking the opening of the new building of Turkey’s Women’s and Democracy Association (KADEM).

“Family planning and contraception were not for Muslim families. A woman who rejects motherhood, who refrains from being around the house, however successful her working life is, is deficient, is incomplete,” he further added.

Erdogan, who was elected president in August after 11 years as prime minister, has been accused of weakening contemporary Turkey’s secular foundation, which has been in place since the country emerged from the ruins of the Ottoman Empire in 1923.

As the Ottoman Empire crumbled, Mustafa Kemal Atatürk established Turkey as a secular modern state. The 1928 amendment to the Turkish Constitution of 1924, which eliminated the article saying that the “Religion of the State is Islam,” was the first to adopt secularism or Laicism (or lacité). Mustafa Kemal established the administrative and political framework for establishing a modern, democratic, and secular state. Turkish secularism, or the separation of state and church, was developed historically to modernise the country. His main focus was on educating women and granting them voting rights.

But years of social progress were destroyed under Erdogan’s reign. During his tenure, the Justice and Development Party imposed new curbs on alcohol sales, removed restrictions on wearing veils in state offices and instituted other labour policies that saw the country fall 15 places to rank 120th among 136 nations in the 2013 World Economic Forum’s Gender Gap Index.

Erdogan’s close aid Bulent Arinc had provoked a feminist revolt when he criticized Turkish women for departing from the religion’s ideal of feminine modesty by smiling in public.

Whatever the case may be, Turkish women are rejecting Erdogan’s outdated patriarchal notion of women as baby-producing machines. TFI’s data analysis will provide you with a better picture of what’s going on in Turkey.

Many analysts have expressed views along the same lines. “Turkey is never going to have a population of 100 million people,” said Prof Ahmet Içduygu, a sociologist from Koç University. “The policy that a bigger population means a strong country belongs to the 20th century, and we are likely to face the same problems as western countries today in 50 years.”

The drop is a reflection of Turkey’s modernity, which includes increased education levels and better professional prospects for women, as well as concerns about the country’s growing polarisation. Many people put off having children or may not have any at all for a variety of reasons, including cost, job priorities, or a desire to raise their children in a society rife with social unrest.

Just like his Turkish counterpart, Iran’s spiritual leader, Ayatollah Ali Khamenei, is too worried about his country’s low birth rate.  About 1.48 million births were recorded between March 2016 and March 2017, 1.36 million the year after, and 1.2 million the year after that — a steady decline of around 100,000 births every year.

Ayatollah Ali Khamenei, the Islamic Republic’s Supreme Leader, has long condemned the country’s low birth rate. The spiritual leader wants the country’s population to reach 150 million people, so he changed the country’s family regulations in 2012, cutting off financing for family planning education and contraception clinics. Khamenei declared a rise in the country’s birth rate to be a strategic goal two years later.

This has not always been the case. Iran was dominated by the Shah for decades until the Islamic revolution of 1979. He pushed for the country’s secular modernization to be more Western-oriented, allowing for some cultural freedom. Iran’s economy and educational possibilities grew throughout the Shah’s reign.

The population of the country was 37 million in 1979. The rule was family planning, and the population had even decreased significantly in the previous decade. However, after the revolution, religious mullahs who assumed power condemned family planning as un-Islamic, as they envisioned a powerful, populous, Shiite-dominated Middle East. Iranian authorities actively urged women to have children during the protracted and bloody war against Iraq in the 1980s.

Nonetheless, the Shah’s era of modernisation brought with it long-lasting effects on Iranian society. For nearly 40 years, the Shah guided Iran through a series of dramatic changes. As a result of Shah’s reforms, a generation of modern-minded women arose. Following this, educated women rebelled against the Iranian spiritual leader’s orthodoxy, resulting in a generation of “baby-boomers.”

Loss of clout in an oil-less world

The global economy is shifting away from fossil fuels. Oil may remain inexpensive for the foreseeable future due to oversupply and the increasing competitiveness of greener energy sources. The current volatility in the oil markets is not an outlier; it is a foretaste of things to come. The world has entered a period of low prices, with the Middle East and North Africa bearing the brunt of it. Arab governments were well aware that the current high oil prices would not persist indefinitely. This would spell the end of Islamic oil-producing countries’ ascendancy.

All of these considerations, in the end, lead to the same result. The idea that Islam is on the upswing is simply not true.