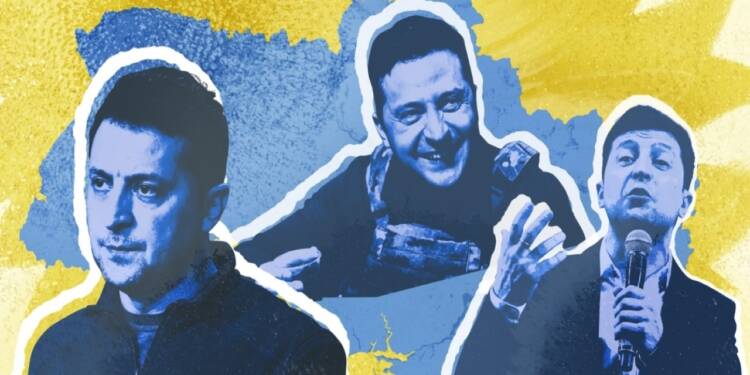 When Volodymyr Zelensky was elected as the President of Ukraine, it was anticipated that he would begin a serious campaign against corruption, halt the decline of the nation’s economic potential, and restore respect for the state’s institutions. He became a symbol of hope for the average Ukrainian person. However, Zelensky failed on all fronts miserably. He in fact followed the path of strengthening his personal power.

Since the beginning of the Russia-Ukraine conflict, the Western left-liberal media cabal has attempted to present Zelensky as a democratic hero, and a protector of the liberal values, as a superman, who is fighting Vladimir Putin, the Russian bad guy. Just like how they show in a Hollywood film. However, in reality, Zelensky is the biggest threat to the Ukrainian democracy.

The most important question here – Has Mr. Zelensky himself adopted these democratic practices that he claims to be a hero of?

Let us substantiate his so-called democratic moves through different instances.

Recently, a Ukrainian court banned the biggest pro-Russian political party in the nation and seized all of its assets after the organisation was charged with undermining Ukraine’s national security sovereignty.

The decision was made after President Volodymyr Zelensky signed a proclamation in March prohibiting the activities of various groups that the security services had identified as being supportive of Moscow.

An appeals court “banned the activities of the political party Opposition Platform — For Life,” Ukrainian Justice Minister Denys Malyuska said in a statement on social media.

“The court has ruled to transfer all property, funds and other assets of the party to state ownership,” he added.

Zelensky is shunning the opposition

In another instance in May 2021, Zelensky got his rival politician and the leader of opposition Viktor Medvedchuk house arrested. Ukraine had also banned three of Viktor Medvedchuk’s news channels in what seemed to resemble a gag order. The American media has always tried to describe Viktor Medvedchuk as some sort of a pro-Russia leader in order to justify Zelensky’s actions.

These two incidents show that Zelensky fundamentally misunderstands what the term “democracy” actually means. He has every right to protect his home, but he has no right to silence his rival political parties and leaders. In actuality, democracy has been murdered in plain sight under Zelensky’s rule.

The Economist Intelligence Unit likewise found that Ukraine was a “flawed democracy” and referred to it as a “hybrid government” in its 2021 Democracy Index, which evaluates the democratic status of countries annually.

On the 2021 report, Ukraine’s ranking in that index dropped, and this was “in part due to rising tensions with Russia.”

“Government functioning under a direct military threat usually restricts democratic processes in favor of the centralization of power in the hands of the executive and the security or military apparatus with the aim of guaranteeing public safety,” the report said.

This is the undeniable evidence of how Zelensky transformed from being a president of a country to a fervent dictator. The Ukrainian democracy is surely bruised and this is something the West is failing to acknowledge and pushing the Russia-Ukraine war further for its own motives i.e. to defeat Russia.