If you are a Republican, you will be denied a transplant surgery 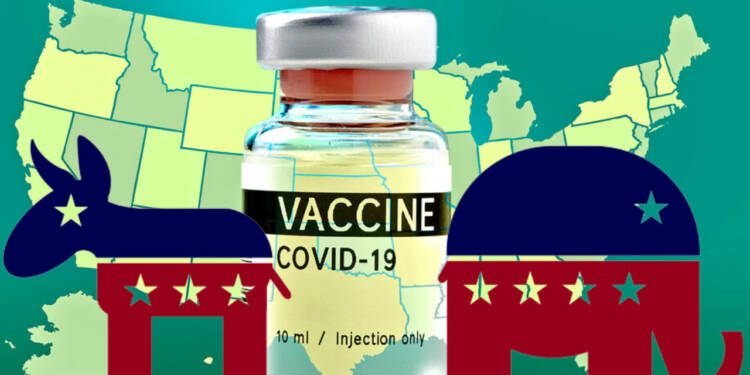 When the Covid epidemic hit, it shook the entire world. Unfortunately, people in need of immediate medical attention had to deal with a number of problems, such as a lack of beds and doctors. The health infrastructure was overwhelmed as a result of the pandemic taking center stage.

And now, after almost three years, people are getting back to their normal lives. The health infrastructure is a little relieved from the stress it had faced during the different covid waves. If one needs any emergency medical service, his needs can be catered to now. But there is a stipulation to this, if one lives in the US, especially if he has pro-Republican views, he would be denied an important service like an organ transplant. Let me explain how.

In a recent incident, a six-month-old baby named August Stoll has been denied a life-saving heart transplant because he was not vaccinated.

Nevertheless, in the US, there has been a general trend seen related to the Covid vaccine. The vaccines have been seen in affiliation with the political parties of the US. In general, Republicans carry an agenda of ‘Vaccine choice’ i.e. that vaccinations should not be mandated but rather left to the individual’s discretion. Democrats, on the other hand, favor making vaccinations mandatory.

According to a survey, 40% of Republicans “don’t plan” to get vaccinated, versus 26% of Independents and just 3% of Democrats. In essence, Republicans believe that the “mandated vaccine” is a false political goal.

In pursuit of the line, Republican Ben Cline introduced the Stop Arduous Vaccine Enforcement  (SAVE Act) to stop organ transplant centers from denying patients who are unvaccinated against COVID-19.

No vaccination means no organ transplant

Rep. Ben Cline (R-Va.) said it’s unfair to deny lifesaving transplants to people who refuse to get the COVID-19 vaccine. He has introduced a bill in Congress to prevent that from happening.

“The vaccine so often is unrelated to the situation that they’re in what kind of transplant they’re waiting for,” Cline said. He said that the legislation would prohibit transplant centers from denying anyone receiving or donating an organ solely based on their vaccination status.

“It should not deny you a place in line to receive a lifesaving transplant because of a choice that you made about the vaccine,” Cline said. “In fact, what you have in that case is a list of people who are blacklisted from receiving a life-saving transplant. It becomes more of a death list.”

A similar statement has been made by Republican Jeff Duncan who co-sponsored the SAVE act. “Many employees were forced to choose between getting the COVID shot or losing their livelihood, and now, medically-fragile individuals are forced to choose between getting the COVID shot or receiving a lifesaving organ transplant. This is blatant medical malpractice and denying lifesaving treatment because a patient has not been injected with the COVID shot is inhumane, evil, and unethical,” said Congressman Jeff Duncan. “I will not stop fighting for medical freedom, and I am proud to co-sponsor Rep. Ben Cline’s SAVE Act of 2022 (Stop Arduous Vaccine Enforcement) to help combat this. I am also pleased to see action taken to fight this medical malpractice and discrimination in the South Carolina State House.”

Any person being denied to get an emergency organ transplant on the basis of his vaccination status is completely unethical. These Republicans assert that vaccinations should be a personal choice. Any medical care should not be refused because of a person’s vaccination history. Additionally, it should be left up to the people’s decision rather than being made mandatory, given the efficacy rates and side effects of these vaccines.