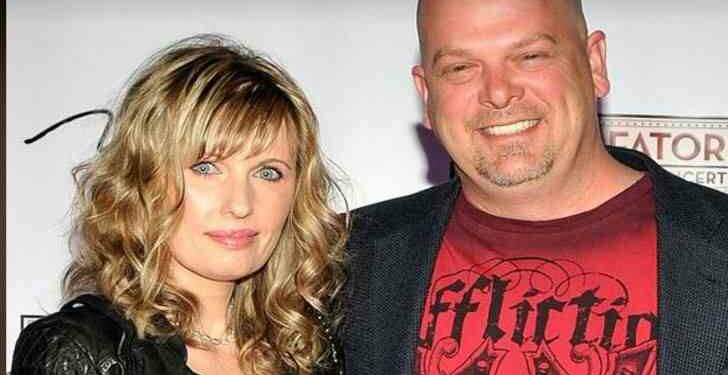 Tracy Harrison is the ex-wife of Rick Harrison, the main man behind the famous television show “Pawn Stars” (Richard Kevin Harrison). From the mid-1980s to the early 2010s, she was Rick’s wife. In this article we are going to talk about the biography, career, notable works, and family of Tracy Harrison so read the article till the end.

Rick, Tracy’s ex-husband, is a well-known businessman, reality television personality, and owner of the Gold & Silver Pawn Shop, which appears on the History show Pawn Stars. Pawn Stars was the History Channel’s highest-rated program and the second-highest-rated reality show behind Jersey Shore.

The Gold & Silver Coin Shop, Harrison’s father’s first 300-square-foot secondhand store, opened on Las Vegas Boulevard South in 1981. Harrison worked in the store for his father during the day and repossessed cars at night. After five years, the shop relocated to a larger space on Fremont Street.

The Harrisons’ lease at that location expired after two years. They later relocated to a new building on Las Vegas Boulevard in a commercial neighborhood. In his autobiography, Harrison describes how he and his father had long wanted to convert the store into a pawn shop, calling it a “logical progression.” Because of a 1955 Las Vegas law requiring the issuance of new pawn licenses to be limited based on the city’s population.

Tracy Harrison married Richard Kevin Harrison, also known as Rick Harrison, in 1986. The couple had been married for over two decades before divorcing.

Tracy Harrison is Rick Harrison’s second wife. The two have attended numerous parties, and events, and even traveled to different cities together. Rick and his wife Tracy appeared to have no problems in their marriage. Things fall apart over time, and their relationship is no longer as strong as it once was. The couple later divorced and separated.

Rick was previously married to Kim Harrison from 1982 to 1985, with whom he had two children, Corey and Adam. Rick married Deanna Burditt shortly after Tracy. Even though they had no children together. Rick’s marriage to Tracey lasted the longest of his three marriages.

Divorce and the only child

They have yet to reveal the reason for their divorce to the public. Tracy and Rick’s son’s name is Jake Harrison. Jake is Rick’s youngest child and did not appear on his show. According to some sources, Jake divided his time between his father and mother. Jake, like his mother, is a private person, so information about him is difficult to come by.

Rick was born in Lexington North Carolina state. He was born on March 22, 1965, as the third child of Richard Benjamin Harrison Jr, and Joanne Rhue Harrison. Harrison is the older brother of Chris Harrison and the younger brother of Sherry Joanne Harrison who died at the age of 6. Harrison’s son Corey claims that his grandfather stated that they are related to US President William Henry Harrison.

Harrison has stated that he does not believe in this theory y, even though Harrison’s father has stated that the family is distantly related to Benjamin Harrison, a grandson of William Henry Harrison.

We hope this biography article of Tracy Harrison will be helpful for you to understand her journey and works.