For the first time, Canada’s silent majority is favouring Conservatives over Liberals 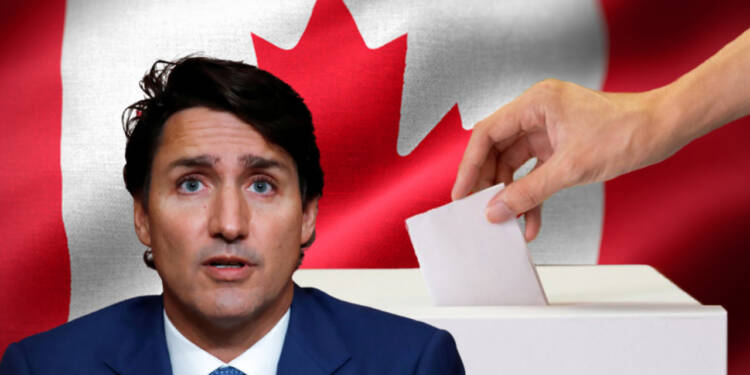 In 2015, Justin Trudeau’s election strategy was much talked about how it energized youngsters who hadn’t voted before. It resulted in Canada voting Liberal party to power in the elections that saw a huge increase in youth voter turnout.

At present, things have changed for good. Trudeau is challenged by a strong conservative face in Pierre Poilievre. The political scenario of 2022 is different from the peaceful times of 2015. And Pierre Poilievre has one lethal weapon in his arsenal that could help him easily outrun Justin Trudeau in the coming elections.

In the past elections of Canada, it was noticed how a large number of voters dwarfed the supporter base of both the liberal and the conservative parties. More than 10 million Canadians who were registered to vote chose not to cast a ballot. They were tagged as non-voters in Canada. In a survey conducted by Public Square Research, it was studied that almost 15% of non-voters don’t feel a duty to vote while more than 50% of non-voters abstained from voting for vague reasons.

Meanwhile, Trudeau’s Liberal Party of Canada is of the opinion that non-voters remain non-voters no matter how politics change. So, the liberal sections are busy cementing their influence over the existing voter base in Canada.

Trudeau tried a similar trick in 2015 and ended up being the 23rd prime minister of Canada. He tried wooing the young voter base, who were prone to easily fall into Trudeau’s liberal doctrine. But some seven years later, conservative strongman Pierre Poilievre is trying to pull a similar trick but with a slight change in strategy.

Poilievre is emerging as a popular face in Canada. His “gatekeepers” remark proved to be decisive for his burgeoning popularity with the public. By tweeting scathing critiques of Trudeau’s policy, Poilievre has also made his presence felt in cyberspace. His speeches online are sure to hit millions in no time, and his oratory skills have helped him resonate with the public.

The Poilievre campaign knows that many of the people who attended their large rallies around the country this year are new to politics and they expect that more than 300,000 new members they signed up during the ongoing party leadership race will be casting a ballot for the first time.

So, Poilievre is trying to influence new voters, something similar to what Trudeau did in 2015. But there is more good reason to celebrate for Pierre Poilievre. The voter turnout has increased from 57 per cent in 2015 to 70 per cent in 2022. This indicates that the voter turnout is returning to normal numbers in Canada.

All the more, Canada under Justin Trudeau has always been under crises of different sorts. Covid ban, Trucker’s protest, the Ukraine war, emergency laws, and the Canada day attack on protesters make it into the list of Trudeau’s shining achievements in governance. The country is showing glimpses of turning into a Cuba of North America with the Prime Minister adopting authoritarianism as the new liberalism.

Trudeau’s misadventures with governance have also changed the profile of the once left-leaning young voter base. Many young voters were seen sympathising with the protest that happened in Canada. Moreover, with Trudeau’s political blunders, more people who were once tagged into the non- voters’ list are suddenly paying attention to politics and will surely come in to cast their vote for the first time and to bid adieu to the 23rd Prime Minister and so-called “liberal champion” of Canada.