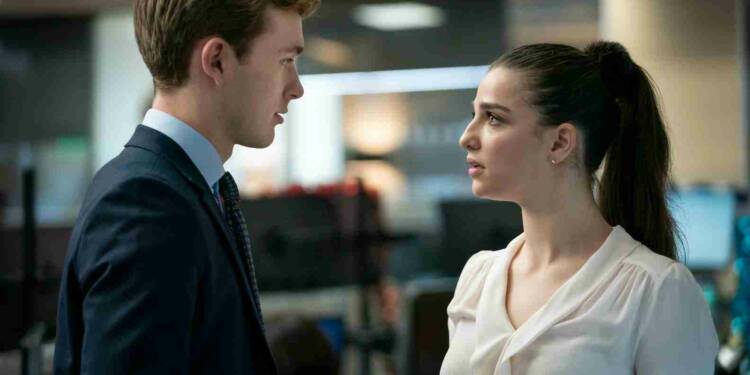 English actor Harry Lawtey was born in 1996. He is well known for his performance in the HBO series Industry as Robert Spearing. Harry Lawtey is an actor best known for his roles in City of Tiny Lights, You & Me, and The Pale Blue Eye (2016). In this article we are going to talk about the biography, career, notable works, films and family of Actor Harry Lawtey so read the article till the end.

Harry Lawtey is a young actor who is well known in the industry for portraying the part of Robert Spearing. It is a British-American-produced HBO series.

He made his acting debut in 2012, before gaining widespread fame. Wizards Vs. Aliens, a television drama, was involved. He took on the character of Young Mark for this show. In the 2013 television series Casualty, the actor also played the part of Jay Green. He provided his voice for the Chuggington project in 2015.

In the same way, he also appeared as Charlie Benson in the 2016 movie City of Tiny Lights. Later on, he played Andrew in the 2018 television series Marcella.

Additionally, in The Letter for the King’s six episodes in the year 2020, the young actor played the role of Maurice.

He portrays Bobby Andrews in the movie Benediction, which was released in 2021. Above all, he became well known around the world for portraying Robert Spearing in the Industry starting in 2020.

Oxford is where Lawtey was born. Prior to growing up in Cyprus with his brother, where their father was stationed, he spent some of his early years there. After arriving back in England, Lawtey enrolled in the Sylvia Young Theatre School’s acting program and later earned a degree from the Drama Centre London.

As of January 2021, Harry Lawtey has no girlfriend. He is a rising star, and his talent and good looks have fans in a frenzy. There is no information regarding his relationship with anyone in the public, even if he had a girlfriend. The 24-year-old is a quiet individual. He has made it clear that he dislikes social media.

The actor has been the subject of LGBT rumors, but Harry hasn’t confirmed any of them. After his final performance in the play “Gently along the stream,” the whispers began to circulate. A young artist named Harry is the persona that Hary portrays.

Harry enjoys boxing as a hobby. The actor meets with his own personal trainer for a session every now and then.

Lawtey would always prefer a book over a party, contrary to popular belief that all actors and actresses are extremely social and party hard.

He is not only a talented actor but also a fantastic vocalist!

Sam Lawtey, the father of Harry Lawtey, appeared in the final episode of his television series “Industry” as a mailman.

We hope this biography article of Harry Lawtey will be helpful for you to understand his journey and works.

There is no coming out for Europe from this tragedy