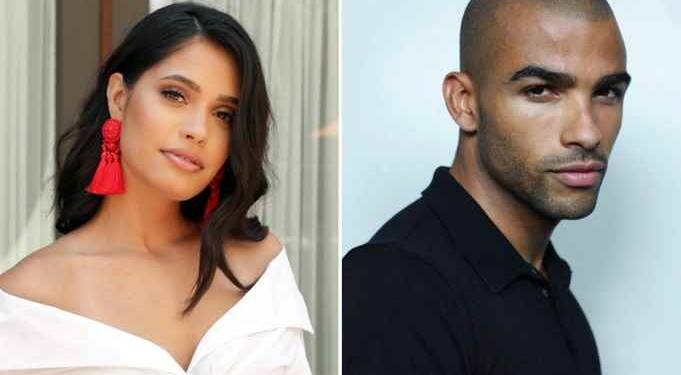 Toby Sandeman is an English actor and double gold medalist who represented Great Britain in the 200m. In this article we are going to talk about the biography, career, notable works, films and family of Actor Toby Sandeman so read the article till the end.

He is also an international model, and some of the highlights of his modeling career include walking for Calvin Klein, posing alongside Naomi Campbell for British Vogue, and becoming the face of multiple Ralph Lauren advertisements.

He won the 200-meter race in the 2009 UK Athletics national championships, and two gold medals at the U23 European Athletics Championships followed.

By this time, Sandeman’s modeling career had taken off. Well-known hairstylist and family friend Trevor Sorbie had advised him to consider modeling. Sandeman eventually agreed to work for Ralph Lauren, Calvin Klein. Done a Vogue photoshoot with Naomi Campbell despite his initial reservations.

In 2009, he went to the national championships and won the 200 m national title, defeating Marlon Devonish, Christian Malcolm, and the then-leader of Europe, Jeffrey Lawal-Balogun.

Prior to the championships, his previous best was a modest 20.96 seconds. Therefore his 20.69 s effort in the final was a surprise victory.

By capturing two gold medals at his first significant international tournament, Sandeman once more surprising expectations. Aleixo-Platini Menga of Germany was the favorite, but Sandeman defeated him with a time that was a new personal best (20.37), the fastest in Europe over 200 meters.

He competed in the 4×100-meter relay on the competition’s final day alongside teammates from the British squad Ryan Scott, Rion Pierre, and Leevan Yearwood, winning his second gold of the event.

He was selected for the Team GB roster for the 2009 World Championships, but he was forced to withdraw owing to poor fitness and a foot issue.

Sandeman, who was born in Hammersmith, London, was exposed to athletics at a young age since his family was fans of famous British sprinter Linford Christie. He was born and raised in Barbados and later moved back to England on a rugby scholarship with Downside School when he was 15 years old.

However, he became more interested in sports competitions and participated in the English Schools’ Athletics Championships. He was eliminated in the first round, and no matter which age category he moved up to, he never managed to win.

Despite this, he continued to be passionate about the sport, and when his mother placed first in a tournament, a surprise training opportunity with his childhood idol Christie occurred. After the workout, Christie gave Sandeman the name of his former trainer, Ron Roddan.

Throughout his adolescence, he trained with Roddan, and in 2008, he participated in the 200-meter event at the UK Athletics national championships. He was forced to withdraw due to a hamstring injury, but he promised his coach that he would come back and triumph the next year.

He is probably single or hiding his relationship. Toby’s name has previously been associated with Naomi Campbell, a supermodel. The two allegedly got to know one another while working on a modeling job.

Additionally, Vogue magazine also features the two of them together. They might not have been more than pals, and this could be the source of their rumor.

Toby Sandeman’s earnings as an athlete have contributed to his estimated $5 million net worth.

He was awarded the Barbados Bravery Medal and knighted by the Governor General at the age of 11, making him the youngest person in the nation to have done so for saving a father and his two sons from drowning.

He had few opportunities to pursue his interest in acting while growing up on the islands, but it persisted as a secret ambition throughout his sports career.

He has an Instagram handle with over 22k followers and it can be reached at toby.sandeman. He also has a Twitter account but is not active on the platform.

We hope this biography article of Toby Sandeman will be helpful for you to understand his journey and works.

China has officially joined the West’s side