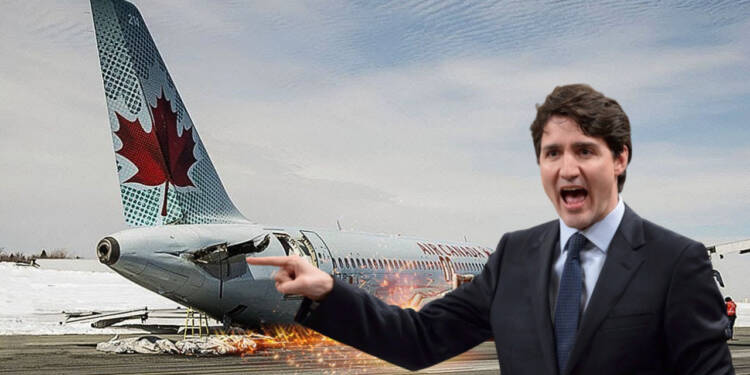 Seeing the crisis unfold in the airports of Canada, it is pretty apt to fall into a judgment that the government in Ottawa is a mix of incompetence and laziness. For like two years, people all around the world were subjected to the cruel restrictions imposed in the wake of the sudden surge in Chinses virus. So now, it is a matter of relief for people to come out of this shackle of restrictions to feel the world again by travelling and to enjoy the needed vacations.

But the scenario is wholly different when it comes to Canada. Nobody here can jump into a plane for vacation since the airline industry is in chaos. In both North America and Europe, thousands of flights have been cancelled and hundreds of thousands of passengers have had their trips disrupted. Canada is such a large country that it only comes second to a larger Russia. This demonstrates how important it is for individuals to be able to travel to other provinces when necessary.

As insane as it may sound, Air Canada has announced it will eliminate more than 150 daily flights for July and August. “Regrettably, things are not business as usual in our industry globally, and this is affecting our operations,” Air Canada president Michael Rousseau said in an email to customers when announcing the flight cutbacks.

But what transpired such a crisis in the aviation industry?

Canada’s Liberal government’s stance on COVID raised many eyebrows for its insanity. Prime minister Justin Trudeau made a firm stand against easing restrictions even after two years since the Chinese virus hit the towns. Sadly, Mexico a country that is down the line when it comes to financial stability managed a stellar comeback from restrictions, but not its North American peers in Canada.

There are widespread accusations that Trudeau imposed the limitations just to quell mounting protests in Canadian cities calling for the prime minister’s resignation.

Read more: All conservative voices in Canada to be banned soon!

The aviation crisis also has its roots in COVID restrictions. Hundreds of thousands of aviation workers were laid off or terminated, with years of experience and technical expertise removed from the ranks of the commercial aviation communities. This was after air travel collapsed due to the strict imposing of travel restrictions and border closures by the Canada government.

The security line at Pearson this morning. It just keeps going. pic.twitter.com/D4BECkhHuS

But things went upside down after Canada eased the restrictions a little. This saw people flooding in joy to airports to resume back their long-restricted right to travel. But the incompetence of the government made sure that the aviation sector goes without the required number of staff and there happened the chaos.

Now, running to find a way out of this crisis, Canadian government officials have announced plans to hire close to 2,000 additional border security and screening personnel to deal with specific congestion issues. But, Labour groups are not certain that the problems of congestion will be addressed by such actions.

The main issue is the volume of air travellers that are being drawn into the airport environment by the volume of flights operated by the airlines. Airlines have decided to grow their capacity to meet surging air travel demand, but the airport infrastructure is not equipped to handle such increasing volumes.

The government led by Trudeau had two long years to do the legwork needed to avoid such a crisis. But liberalism is a poison that makes you do bigger things for attention and so did Trudeau by putting his head into a needless Ukraine war. The government’s absolute ineptness is on display when Trudeau can anytime barge onto his private plane to use whatever jet fuel he wants while his countrymen are left in the lurch looking for baggage.