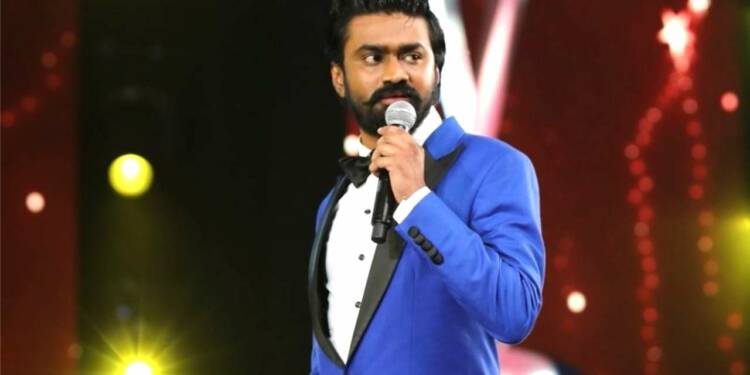 Rahul Ramakrishna, an Indian actor, writer, and journalist, was born on January 15, 1991. He made his film debut with Sainma, a short. He rose to fame because of his performance in Arjun Reddy, a 2017 Telugu hit. In this article we are going to talk about the biography, career, notable works, films and family of Actor Rahul Ramakrishna so read the article till the end.

In the Telangana city of Hyderabad, Rahul Ramakrishna was born. His mother works as an assistant editor for a business magazine, while his father was a yoga teacher. At VJIT Hyderabad, he pursued mechanical engineering but left after the second year.

He made his acting debut in the short film Sainma, which was directed by Tharun Bhascker Dhaassyam. After receiving praise for the movie’s attempt and aesthetics as well as the acting abilities of the entire cast, he agreed to participate in the Telugu film Jayammu Nischayammu Raa, directed by Sivaraju Kanumuri and starring Srinivasa Reddy and Poorna, as the supporting friend of the main character in a comic role.

After that, Rahul became famous for his role as Shiva in the movie Arjun Reddy, where his character’s persistent devotion to the protagonist paired with wit and emotional support won him a devoted fan base among both the general public and the film industry.

Arjun Reddy’s career was advanced by his prominent roles in numerous Telugu movies released in 2018 such as Bharat Ane Nenu, Sammohanam, and Chi La Sow. In the movie Geetha Govindam, Rahul and actor Vijay Deverakonda reprised their “hero’s best friend” roles. He had an appearance in Ala Vaikunthapurramuloo in 2020.

Late in 2018, Rahul declared that he will wed his partner; however, he later changed his mind, citing his demanding filming commitments. Apparently, he is not married yet but will soon be going to marry her long-time girlfriend.

Rahul Ramakrishna was a journalist with the Post Noon and Metro India evening newspapers. He also served as a translator for reporters on assignment in Hyderabad. Along with a brief stint of writing movie reviews for a website connected to the Hindustan Times, Rahul has worked a variety of odd jobs as a songwriter, scriptwriter, and host of a cooking show on television.

Rahul first became interested in performing while working as a production crew member for various theatre companies. Rahul regards Dr. Sagari Ramdas and dramatist N Madhusudan, who both led workshops, as his professors and mentors, sparking his interest in acting, according to his interviews.

We hope this biography article of Rahul Ramakrishna will be helpful for you to understand his journey and works.