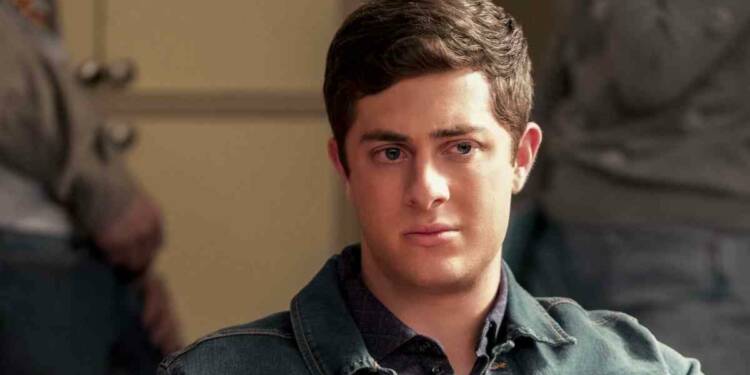 In the television series Never Have I Ever, Ben Gross was played by American actor Jaren Lewison. He was born on December 9, 2000, in Dallas, Texas, US. In this article we are going to talk about the biography, career, notable works, films and family of Actor Jaren Lewison so read the article till the end.

Lewison enrolled in the University of Southern California in 2019 and finished his undergraduate studies there in 2022, earning a bachelor’s degree in psychology with minors in forensics and criminology. While enrolled full-time at USC, he worked on the filming of Never Have I Ever.

When a theatre company from Lewison’s after-care visited and connected him with representation when he was 5 years old, Lewison started performing. He received his first part as Joshua on Barney & Friends, who he played in numerous episodes and videos from 2008 to 2011, after providing his name to a Dallas-based film and television agent. Since then, he has been in numerous films, TV shows, and TV movies. Playing Adam Sandler’s son in the 2014 movie Men, Women, & Children was one of these roles.

Never Have I Ever

Never Have I Ever is a coming-of-age comedy-drama television series in the United States that was produced by Mindy Kaling and Lang Fisher and stars Maitreyi Ramakrishnan.

A first-generation Indian-American kid wants to raise her standing at school after a difficult year, but she finds it difficult due to her friends, family, and emotions.

Jewish parents raised Jaren Lewison in Dallas, Texas. Mikayla is the name of his sister.

His mother taught kindergarten at Levine Academy, a Conservative Jewish day school in Dallas, where he spent 14 years until transferring to Pearce High School in Richardson, Texas, where he received his diploma in 2019.

He captained the varsity football team and competed in powerlifting in high school. He was a theatre actor. He played William Shakespeare as a senior in his school’s rendition of the 1998 movie Shakespeare in Love, which was selected to appear at the 2019 International Thespian Festival.

What is Jaren Lewison studying?

Jaren Lewison has been attending the University of Southern California for the past year, according to his Instagram, and filming Never Have I Ever during his free time. With minors in forensic science and criminology, Jaren is majoring in psychology.

Who is Jaren Lewison related to?

Lauren Bernstein, who runs a kindergarten in Texas, is his mother. Her younger sister, Mikayla Lewison, who has graduated from the University of Oklahoma, is the only sibling he has.

Does Jaren lewison go to USC?

When Was Never have I ever filmed?

We hope this biography article of Jaren Lewison will be helpful for you to understand his journey and works.