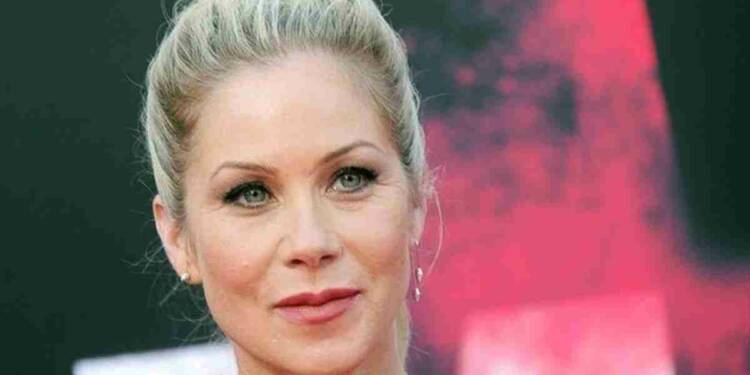 Christina Applegate was born on  November 25 in 1971. She is an actress from the United States. She rose to prominence as a child actress for her role as Kelly Bundy in the Fox sitcom Married… with Children (1987–1997). In this article we are going to talk about the biography, career, notable works, films and family of Actress Christina Applegate so read the article till the end.

In her adult years, Applegate established a successful film and television career, winning a Primetime Emmy Award from seven nominations and being nominated for four Golden Globe Awards and a Tony Award.

Applegate made her television debut alongside her mother in the soap opera Days of Our Lives in 1972, and at 3 months old, she starred in a commercial for Playtex baby bottles.

Christina Applegate made her film debut in Jaws of Satan (or King Cobra) in 1981, and she also appeared in Beatlemania in 1981. She made her television debut as a young Grace Kelly in the television biopic Grace Kelly (1983), and her first series appearance was in Showtime’s political comedy Washington (1985), in which she played a congressman’s daughter.

She received a Young Artist Award for her performance. She appeared as a guest star in several television shows, including All is Forgiven, Still the Beaver, Amazing Stories, and Family Ties.

Christina Applegate received a Golden Globe nomination for her role as Jesse in the NBC sitcom Jesse (1998-2000). She won a Primetime Emmy for her appearance on the NBC sitcom Friends (2002–2003).

Christina Applegate was born in the Hollywood neighborhood of Los Angeles, California. Her father, Robert William “Bob” Applegate, was a record producer and executive at a record label; her mother, Nancy Priddy, is a singer and actress.

Her parents divorced shortly after she was born. Alisa and Kyle are her father’s half-siblings from his second marriage. Applegate’s mother had a relationship with musician Stephen Stills after her divorce. Applegate trained as a dancer as a child in a variety of styles, including jazz and ballet.

Applegate married actor Johnathon Schaech in Palm Springs, California on October 20, 2001. Schaech filed for divorce in December 2005, citing irreconcilable differences, and it was finalized in August 2007.

Martyn LeNoble, a Dutch musician, began dating her in 2009. The couple got engaged on Valentine’s Day 2010 and married on February 23, 2013, in Los Angeles. It was their second marriage. They have a daughter who was born in January 2011. Applegate is a vegetarian and appeared in a PETA anti-fur advertisement in 2007.

We hope this biography article of Actress Christina Applegate will be helpful for you to understand her journey and works.