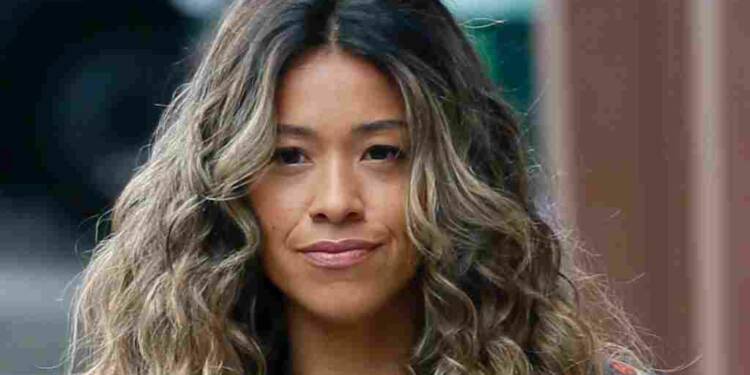 Gina Alexandra Rodriguez-LoCicero was born on July 30, 1984. She is a well-known American actress. In this article we are going to talk about the biography, career, notable works, films and family of Actress Gina Rodriguez so read the article till the end.

She is best known for her portrayal of Jane Villanueva in The CW’s satirical romantic dramedy series Jane the Virgin (2014–2019), for which she won a Golden Globe Award in 2015.

Rodriguez made her television debut in a 2004 episode of Law & Order. Later in her career, she appeared on Eleventh Hour, Army Wives, and The Mentalist. Rodriguez landed the recurring role of Beverly in the soap opera series The Bold and the Beautiful on October 19, 2011.

Her performance in the film received positive feedback. She also won the Best Actress Award at the First Run Film Festival in New York.

Gina received the Inaugural Lupe Award on June 9, 2013. During an interview on April 16, 2013, she revealed that she was offered a role in the Lifetime television series Devious Maids but turned it down.

She joined the cast of the film Sleeping With The Fishes on October 16, 2013.  She is also putting together an album.

Rodriguez’s rising visibility as a film and television actress has allowed her to become more involved with various charities and philanthropic efforts.

Most notably, in 2015, she became involved with a variety of organizations ranging from CustomInk to Naja Lingerie, all of which she has stated have a special connection to her life and experiences.

Gina Rodriguez, who was born and raised in Chicago, began her career in theatre productions in 2003 before making her screen debut in an episode of the police procedural drama series Law & Order.

She was one of thirteen teenagers accepted into Columbia University’s Theatrical Collaboration when she was sixteen.

She studied at New York University’s Tisch School of the Arts. She studied at the Atlantic Theater Company and the Experimental Theatre Wing for four years before graduating with a Bachelor of Fine Arts degree in 2005.

Gina Rodriguez played Frida Kahlo in the world premiere of Casa Blue in the United Kingdom, as well as in the American Stage Theatre production of The Last Moments in the Life of Frida Kahlo.

Rodriguez revealed in an interview that she has had Hashimoto’s disease, a thyroid condition since she was 19 years old.

She stated in a 2014 interview, “I was raised Catholic. My family is Jewish, and I attend a Christian church in Hollywood. I’m pretty much all over the place.”

Rodriguez began dating Joe LoCicero, an actor, model, and MMA fighter whom she met on the set of Jane the Virgin, in 2016.

Rodriguez confirmed her engagement to LoCicero in an interview with Us Weekly on August 7, 2018. The couple married on May 4, 2019.

We hope this biography article of Actress Gina Rodrigueza will be helpful for you to understand her journey and works.