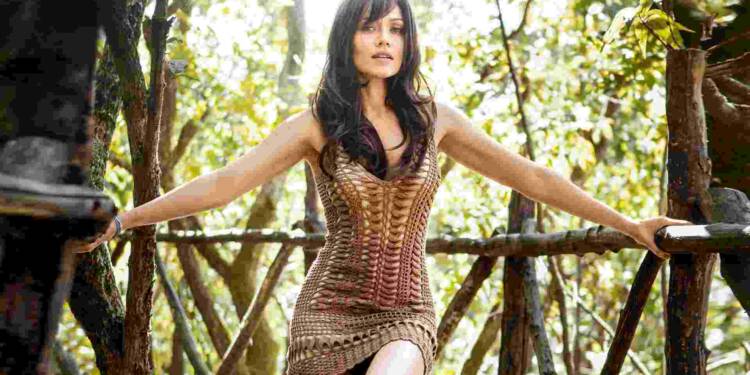 Waluscha De Sousa was born on November 28, 1979. She is an Indian model and actress. She made her Bollywood debut in the 2016 Hindi film Fan.

Waluscha modeled for top designers in the country before competing in the Miss India pageant, where she won the “Miss Body Beautiful” title. At the age of 17, she appeared in her first Pepsi commercial alongside Shah Rukh Khan.

Waluscha made her film debut in 2016 with Shahrukh Khan’s Fan.

A guest speaker came to Waluscha De Sousa’s school to speak to the students about job opportunities when she was in the tenth grade. While her classmates were discussing law and psychology, she was curious about how to break into Bollywood like her idol Madhuri Dixit.

In May 2020, her daughter Sienna Robinson appeared in the music video for Salman Khan and Jacqueline Fernandez’s song “Tere Bina.”

Waluscha De Sousa was born in Goa and is of Portuguese and German ancestry. At the age of 16, she was discovered by famous Indian fashion designer Wendell Rodricks.

Waluscha grew up near the beach and was an avid athlete. She adores the great outdoors and is a true adventurer. She attended ‘Our Lady of the Rosary in Dona Paula, Panjim, and later St. Xaviers in Goa.

Waluscha married Marc Robinson, an Indian actor and model, in Goa in 2002.

She first met Marc at the Miss India beauty pageant, where he was one of the judges and the pageant’s director. Chanel Robinson, Brooklyn Robinson, and Sienna Robinson are their three children. They divorced in 2013.

In 2016, she made her Bollywood debut in Shah Rukh Khan’s film Fan.

She appeared in a Hyundai Xcent ad commercial with Shah Rukh Khan before doing Fan. Waluscha has crowned Miss India in 2000.

She was the daughter of a German mother and a Portuguese father.

Her given name was Waltraudt, but she later changed it to Waluscha.She is well-known in Dubai, Bangkok, Mauritius, Kuala Lumpur, New York, Milan, and India as a supermodel.

She achieved success in Bollywood.

We hope this biography article of Actress Waluscha De Sousa will be helpful for you to understand her journey and works.