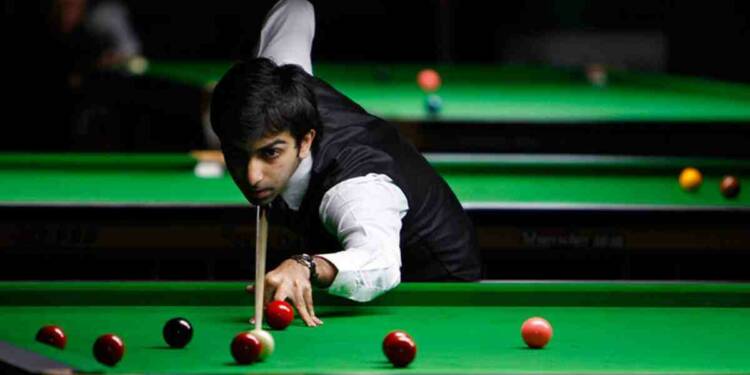 Pankaj Advani was born on July 24, 1985, in Pune, India, to a Sindhi family. He is a 23-time world champion of the International Billiards and Snooker Federation (IBSF). In this article we are going to talk about the biography, career, titles and achievements of Pankaj Advani so read the article till the end.

Pankaj Advani is a world class snooker player and he won so many titles and championships, this biography article is incomplete without talking about his achievements. So here you will gain info about his life and career.

Advani made his competitive international debut in 1999 at the World Billiards Championship in England. Following his World Snooker Champion title in 2003.

He won the IBSF World Billiards Championship in 2005 in Qawra, Malta, where he became the first cueist to achieve a “Grand Double” by winning both the time and point formats.

He has achieved the “Grand Double” three times: in 2008 in Bangalore, in 2014 in England, and 2018 in Myanmar. He is the only Indian to have won both the amateur world snooker and billiards titles.

Advani accepted the Indian wildcard position on the main snooker tour for the 2012-13 season in May.

Advani, as a newcomer to the tour, would need to win four matches to advance to the main stage of the ranking events.

When qualifying for the International Championship, he did it on his fourth attempt. To reach the venue stage for the first time, he defeated Craig Steadman 6-1, six-time world champion Steve Davis 6-5 (after trailing 1-4), Alan McManus 6-3, and Michael Holt 6-4.

During qualification, he had the most century breaks of any player, with four. Advani was scheduled to play a wildcard match once at the tournament in Chengdu, China, to advance to the last 32, but he decided to withdraw to compete in the World Billiards Championship, which he went on to win.

He was 18 years old when he won the title, making him the youngest Indian to do so. He won the IBSF World 6-Red World Snooker Championship when he was 28 years old in Sharm-El-Sheik, Egypt, a feat he repeated in August 2015 after successfully defending the title in Karachi, Pakistan.

Arvind Savur discovered his talent for snooker at the age of ten after being introduced to the sport by his elder brother, Dr. Shree Advani, a renowned Sports & Performance Psychologist.

He won his first title at the age of 11 and went on to set several state and national records.

Advani holds the distinction of having won all five national, regional, and world billiards tournaments in a single season, a feat he accomplished in 2005.

He holds the record for the most IBSF world championships.

We hope this biography article of Pankaj Advani will be helpful for you to understand his journey and works.